Fox News National Correspondent Jennifer Griffin says she has confirmed with two sources the gist of the Atlantic magazine story about Donald Trump’s disdain of the military and John McCain.

For Fox News to go with this, Griffin– through her superiors — has the implicit approval of Rupert Murdoch to take Trump down. Trump will be livid that Fox News has confirmed Jeffrey Goldberg’s excellent reporting.

Griffin writes on Twitter: Regarding McCain, “The President just hated John McCain. He always asked, ‘Why do you see him as a hero?” Two sources confirmed the President did not want flags lowered but others in the White House ordered them at half mast. There was a stand off and then the President relented.”

also:
Regarding Trump’s July 4th military parade, during a planning session at the White House after seeing the Bastille Day parade in 2017, the President said regarding the inclusion of “wounded guys” “that’s not a good look” “Americans don’t like that,” source confirms. 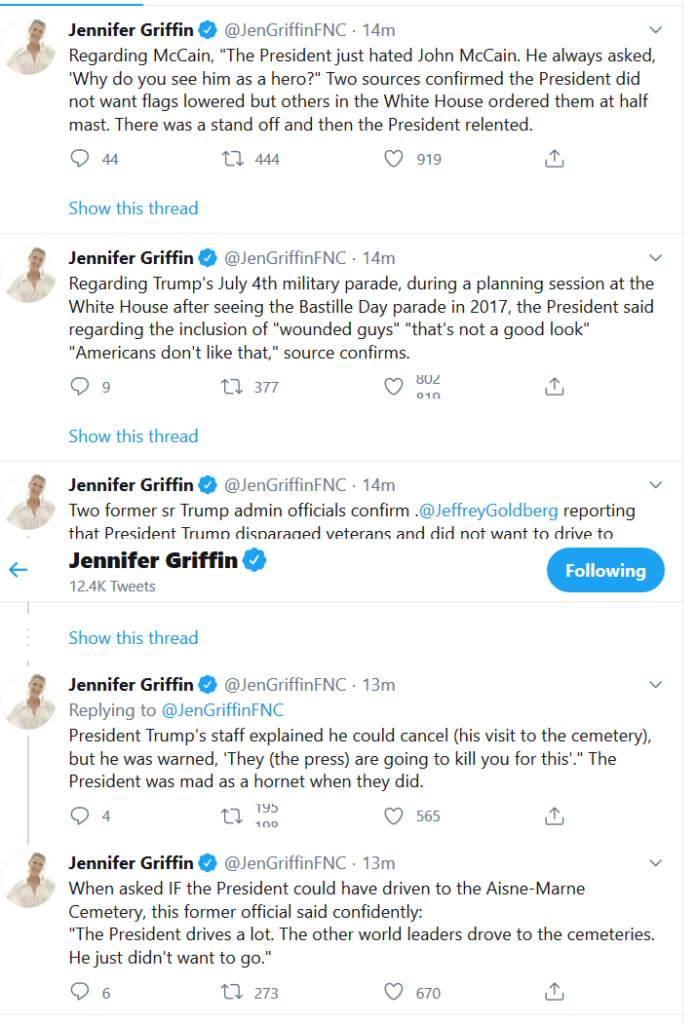