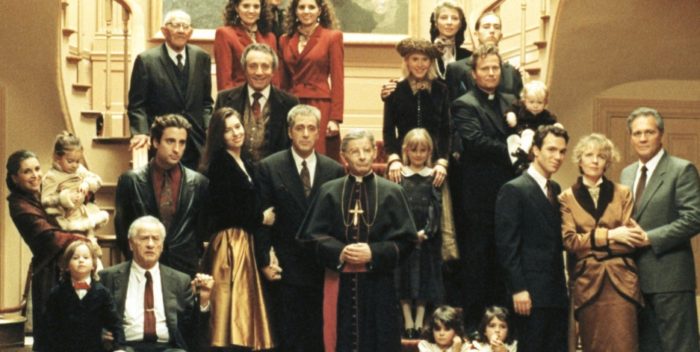 “The Godfather Part III” is not a great movie. Compared to its predecessors…well, I remember that screening and it wasn’t good. The movie was all over the place, a lot of the performances were uncontrolled, and a very novice Sofia Coppola, stepping in for Winona Ryder, was in over her head.

Now Francis Ford Coppola will try to save the legacy of this maligned film with a directors cut and a new title. Called “The Godfather, Coda: The Death of Michael Corleone,” the film will be given a limited theatrical release in December, marking the 30th anniversary of the film’s release. It will then go to digital home entertainment platforms.

“‘Mario Puzo’s The Godfather, Coda: The Death of Michael Corleone’ is an acknowledgement of Mario’s and my preferred title and our original intentions for what became ‘The Godfather: Part III,’” Coppola said in a statement. “For this version of the finale, I created a new beginning and ending, and rearranged some scenes, shots, and music cues. With these changes and the restored footage and sound, to me, it is a more appropriate conclusion to ‘The Godfather’ and ‘The Godfather: Part II’ and I’m thankful to Jim Gianopulos and Paramount for allowing me to revisit it.”

Will it work? I don’t know. At the time of shooting, stars Al Pacino and Diane Keaton were not speaking to each other. They’d lived together for a few years and were a tight couple until Keaton discovered that Pacino was the father of a baby born to a woman who worked in his office. She was livid. You can feel the ice on screen. (Ironically, that child is the now almost 30 year old talented budding film director and producer Julie Pacino.)

Since “The Godfather” and its sequel are, I think, the best contemporary movies made and rank with “Citizen Kane,” I’m rooting for “Part III” to find its footing. December is now a month I’m looking forward to.