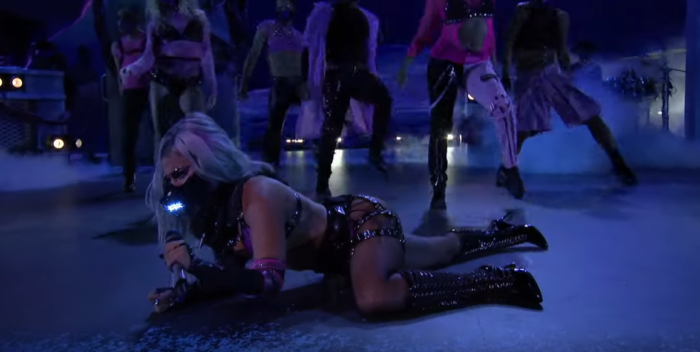 The MTV Video Music Awards are on, if anyone cares.

As I predicted, Lady Gaga picked up the two biggest awards– Artist of the Year and Song of the Year for “Rain on Me” with Ariana Grande, who won a made up award for Best Video Made at Home. Basically, the show needed celebrities, these two came, and voila! Congrats!

Korean boyband BTS won an award because they also performed. Ditto The Weeknd.

Taylor Swift won Best Direction of a Video and sent in a pre-taped acceptance speech from her bedroom.

Latin singer Maluma won something because..are you getting the idea?

The show is canned, and looks kind of awful. They have fake audience noises. Keke Palmer is doing her best to host the proceedings. She gets an A for effort.

Producers gave a nod to Chadwick Boseman with a dedication card at the start of the show. They couldn’t do anything else because it was all pre-taped.