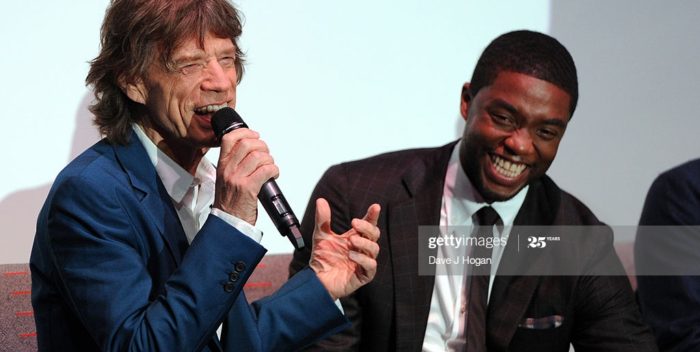 It was Mick Jagger whose production company produced the James Brown biopic “Get on Up.” That the movie, following “42,” that introduced Chadwick Boseman to the world. When the James Brown movie was announced, everyone said, Oh the guy who played Jackie Robinson. Chadwick was excellent as Jackie but still unknown. But when he burst on the screen as Mr. Brown, heads literally swiveled. “This guy can do anything.”

I went to the premiere at the Apollo Theater. So did Mick. Everyone was fawning over Chadwick, who was a wallflower. He let Mick be the celebrity for the night. When Mick was dancing at the after party with his family, Chadwick stood with me and my brother on the side. I was peppering him with kudos and questions, and he was extremely retiring. He didn’t want the attention. He was mesmerized by Mick Jagger dancing with his kids and imitating James Brown, too.

There’s a sad twist to the “Get on Up” story. Three years ago Nelsan Ellis, who played Bobby Byrd, died of a heart attack at age 39. It was drug related. Here we had two of the most talented actors of their generation dead way too young. Rest in power, gentlemen. I hope you get to meet up with Bobby and Mr. Brown and make a joyful noise in heaven.

It’s so sad to hear of @chadwickboseman’s passing, he was a wonderful, funny, kind man and a very talented actor, he will be missed by so many. pic.twitter.com/zNebP47hOK