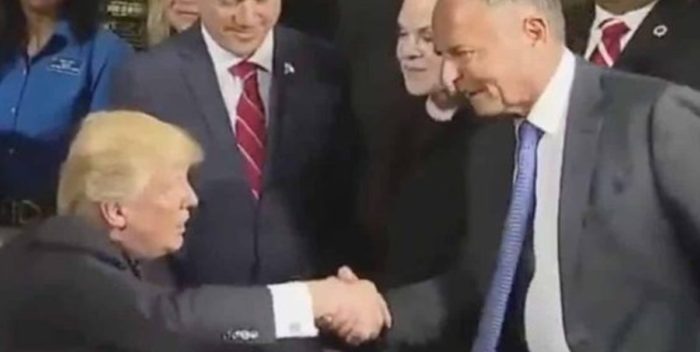 Maybe you’ve seen the last 25 or so Marvel movies including all the Avengers, X Men, Spider Man, Iron Man, and so on films that have raked in billions of dollars.

Want to know where some of it went? Right to Donald Trump.

Ike Perlmutter is the CEO of Marvel. It was Perlmutter who benefited from the sale of Marvel to Disney. It wasn’t Stan Lee, who was an employee. The company had already been sold, it had been in bankruptcy, and Perlmutter was the one who fished it out of the red, cleaned it up, and sold it to Disney in 2009. He received $800 million in cash and $590 million in Disney stock.

On the eve of the 2016 election, Perlmutter donated $5 million to the Trump campaign via something called the Great American PAC. He gave last mintue money to Trump that helped put him over the edge in swiping the presidency from Hillary Clinton. WThe question is, will he do it again?

Perlmutter made smaller donations in 2019 to the Republic National Committee and to GOP candidates. This year he gave $1 million to the Republican Senate Leadership fund designed to keep the GOP Majority in the Senate– meaning Mitch McConnell and Lindsey Graham. He also two donations of $2,800 apiece to Ronny Jackson, Trump’s doctor who’s running for Congress; and $25,000 to a Republican PAC called the Miles of Greatness Fund. During 2016, he also donated $100,000 three separate times under his wife’s name to the RNC.

You get the picture.

Would Tony Stark approve? I don’t think so. Perlmutter is to us what Thanos was to the Avengers. He’s reaping the success of Marvel and donating it back to Trump and the GOP to destroy us.

There’s more about the Perlmutters, but you get the drift. It’s quite possible Ike is waiting until the end of October to help out his pal, Donald Trump, again. So keep that in mind if you’re unemployed, or have a family member sick with COVID, or losing their immigration status, and you absolutely must have that Marvel-related product ASAP. The life you save may be your own.