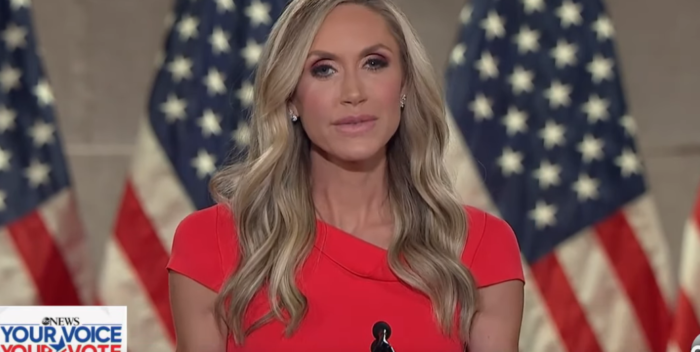 But on the broadcast networks it was a dud.

Numbers fell on both ABC and NBC. Strangely, the numbers went up a little on CBS, which was already pretty low from Tuesday night.

Altogether, fewer than 5 million people tuned in on the big three networks starting at 10pm to hear Mike Pence, his wife, Kellyanne Conway, Lara Trump, and a smattering of odd types extol the virtues of Donald Trump while completely ignoring the 175,000 dead from the pandemic, or the rioting in cities over the killing of black men and women by police.

If the RNC were a regular series, it would be in danger of cancellation.

The strangest speech was from Lara Trump, the dimwitted daughter-in-law, who never mentioned her husband, Eric Trump, the husband’s much mocked son. He might take note of that. Poor Eric is apparently not even incidental. Watch the clip. She says she’s daughter, sister, and daughter in law. Never wife or mother.