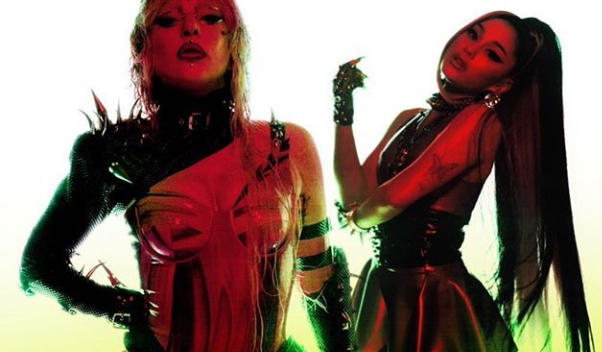 Well, the big news is that MTV has gotten Lady Gaga and Ariana Grande to perform their hit duet “Rain” on the Video Music Awards.

Look, we’re not stupid. But I can’t object. They’re a lot of fun, and great singers. Let them win.

I guess The Weeknd will win something, since he’s on the show.

Miley Cyrus is just going to promote her new single.

The show airs Sunday, August 30th on all the MTV platforms, at 8pm. Aside from maybe a Yankee game, I have nothing else to do. I’ll watch. So will you.