Donald Trump’s statement about his dead brother Robert is all about Donnie, with not a word about Robert, his life, any accomplishments or Robert’s personality or relationship to others. It’s just about Trump. Now Donald will have a self serving memorial service at the White House on Friday, a place Robert Trump visited maybe once. This is an American Horror Story.

Poor Robert. It’s probably taking everything for his wife and his stepson to restrain themselves. And so far no word from niece Mary Trump, who I doubt will be invited to the service. 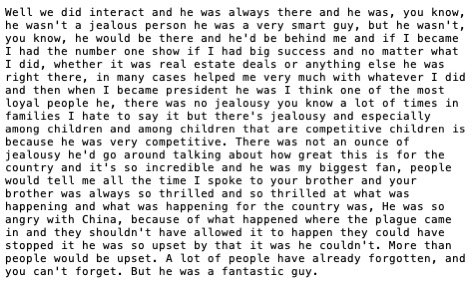