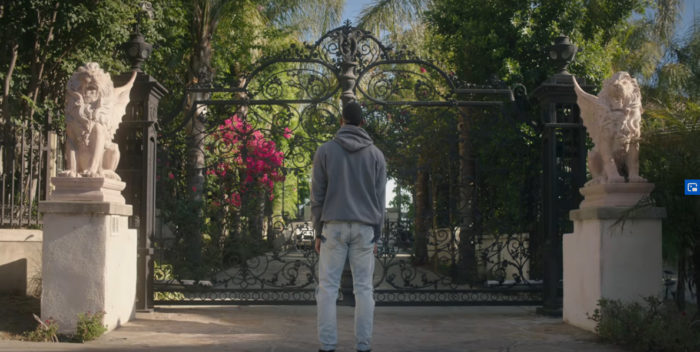 Morgan Cooper is a young black cinematographer who’s hit pay dirt fast. His short film, “Bel Air,” is a dramatic reworking of “The Fresh Prince of Bel Air.” Will Smith, the original star, has picked up the rights with his production company to turn “Bel Air” into a drama for TV based on the comedy. Smart move.

The people who will really love this are humorist Andy Borowitz and his ex wife Susan who created “The Fresh Prince Bel Air.” They can just sit back and let cash registers sing to each other. Borowitz is better known now as a writer of funny, short pieces for The New Yorker. As the creators of the original show, they should rake in fees without lifting a finger. (I hope they made a good deal.)

Another person who will enjoy this revival is Benny Medina. He’s best known as Jennifer Lopez’s manager since Day 1. But “Fresh Prince” was loosely based on Benny knowing Motown great Berry Gordy’s daughter in high school, being taken under BG’s wing, and becoming a record company phenom out of the box. Benny will be a producer on the new show, along with Quincy Jones, who was the original producer of “Fresh Prince.”

All of them can thank Cooper, a star in the world of commercials, signed of course to CAA, who grew up on “French Prince” in Kansas City, Missouri where he wanted to be a sports journalist. Making “Fresh Prince” into a kind of “Empire” backstory is brilliant. HBO, Netflix, all of them will want it.