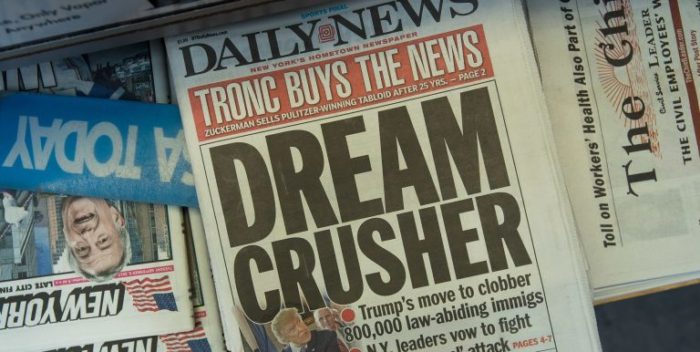 UPDATE: Sources say the paper is not closing. But they are getting out of their lease as only a half dozen people have been coming into work, the rest of the skeletal staff if working from home. “They want to find a new smaller space by November 1st,” I am told. But for New York’s hometown paper not to have a home is very distressing.
My source stressed: No layoffs. (There aren’t many left to lay off.)

EARLIER REPORT:
The New York Times reports that the Daily News is basically dead, even if it will continue on like the Walking Dead.

Today the News will close its newsroom downtown and employees will have til the fall to come and get their things.

Will the paper continue a print edition? No one knows yet. Online edition? Why not?

The paper was sold to Tribune Publishing — then known as Tronc– in 2017 by Mort Zuckerman, who bought the paper out of bankruptcy in 1993. The previous owner was Robert Maxwell, who died mysteriously on his yacht. Maxwell was the father of Ghislaine Maxwell, now in prison and awaiting trial in the Jeffrey Epstein sex scandals.

Tribune, dedicated to killing newspapers, is also closing the newsroom of the Capital Gazette in Annapolis, Maryland. Two years ago a gunman killed five of the reporters there. This is Tribune’s tribute to those brave heroes.

Zuckerman will have no comment on the end of the Daily News, which he legitimately loved. A few years before he sold the paper, he exited the public stage as a form of dementia, and perhaps Alzheimer’s, began to take over. His nephews assumed control of his companies, and got rid of the News as soon as possible. They basically gave it to Tribune — for one dollar — and walked away.

Another irony: Pete Hamill just died last week. He was one of the best Daily News editors of all time. But all the great News writers are gone. The paper is assembled in Chicago, and assembled by robots. (There are still a few great New York journalists hanging in there every day.) There’s no sense of it even being in New York.

This will leave New York with one print tabloid, Rupert Murdoch’s Post. The Post loses tens of millions of dollars a year, and will surely cease print when Murdoch, 84, pushes up daisies. New York once had 10 or more newspapers publishing in the morning and afternoon. But as the city has been hobbled by COVID and DeBlasio, the newspaper’s death becomes an achingly sad symbol.

Just as an example of how disgracefully Tribune runs the show, the current front page of the News website makes no mention of this monumental decision. But they are running the same story side by side as you can see here. How awful. 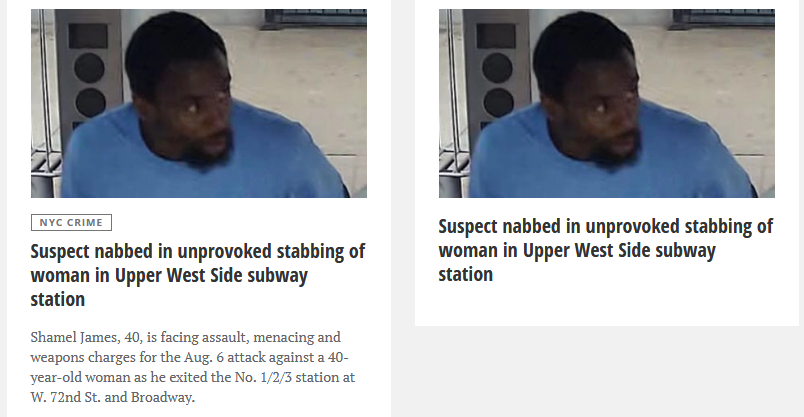