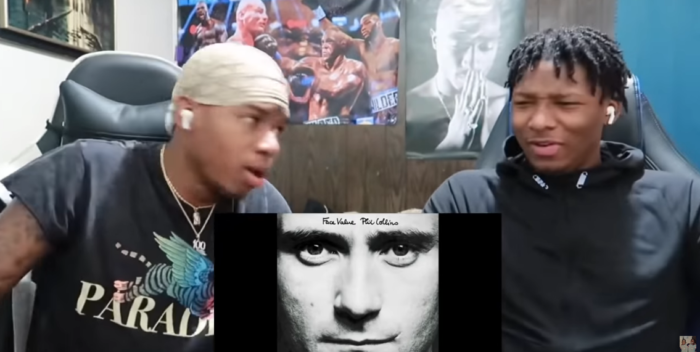 Tim and Fred Williams are the stars of the month.

Their viral videos on YouTube have featured the 22 year olds from Gary, Indiana filming themselves hearing old music for the first time.

Their latest is a video of them listening to Phil Collins’s 1981 hit, “In the Air Tonight.” It’s become such a hit that “In the Air Tonight” has risen to the top 5 on iTunes. On Friday and Saturday alone the song sold over 14,000 copies.

The Williams– who are like Wayne and Garth from “Wayne’s World” — are hilarious and sweet as they discover Whitney Houston, Frank Sinatra, Al Green, the Carpenters, Dolly Parton, and so on. Wait til they get to the Beatles, the Stones, and Aretha.

How long before they’ve got their own show on MTV? That depends if MTV is still alive, if anyone’s there to realize this is a show that doesn’t include a paternity test. I hope these guys get a decent agent who cares what happens to them.