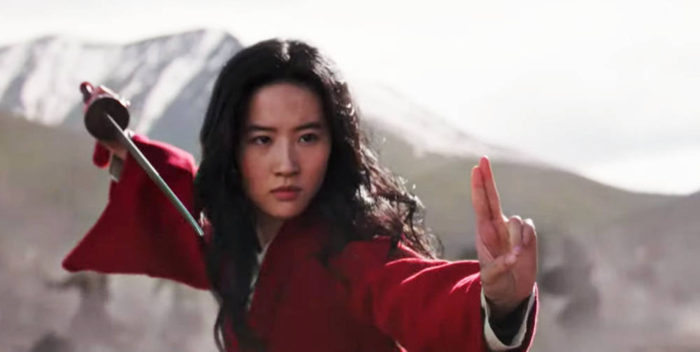 So on September 24th the Mouse House will offer the long delayed “Mulan” on its DisneyPlus service for — wait– 30 bucks. On top of the subscription price. They didn’t even do this with “Hamilton.” So if you’re paying monthly or annually, that just gives you the opportunity to plunk down 30 clams to see “Mulan.”

“Mulan” will play in theaters where available for what I presume is a regular ticket price. But theaters won’t be open in New York, California, Texas, or Florida. And it’s unclear who will bring children to a cineplex in a state where theaters are open, especially if they don’t want them going to school.

“Mulan” was ready last year, but it got postponed. And then re-dated many times because of the pandemic. It has a $200 million budget, so Disney has to make that money somehow. And even the regular $20 VOD charge I guess wouldn’t be enough.

Niki Caro directed, and it’s all Asian actors doing the voices, no stars even or recognizable names. So the movie will have to stand on its own.