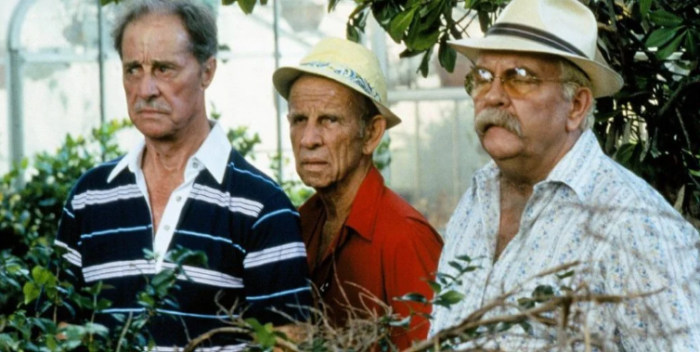 When Ron Howard’s great movie, “Cocoon” was a massive hit in 1985, Wilford Brimley seemed like he was 85 years old. He was just 50, but the gang he was with– including Hume Cronyn, Jessica Tandy, Don Ameche– they were all at least 20 years his senior then. But Brimley was such a breakout star in “Cocoon”– after almost 20 years of lowkey terrific performances in good movies and bad TV shows–that everyone thought of him as a grandpa. And he made it work like crazy.

Wilford Brimley, RIP, age 85. He died today in Utah after an illness. Condolences to his family.

Brimley’s mid life rise to stardom is ironic because “Cocoon” about not ignoring older people. And after that, he would not be ignored. After “Cocoon,” it seemed like he was everywhere— TV, movies, commercials, you name it. But he was always a welcome presence.