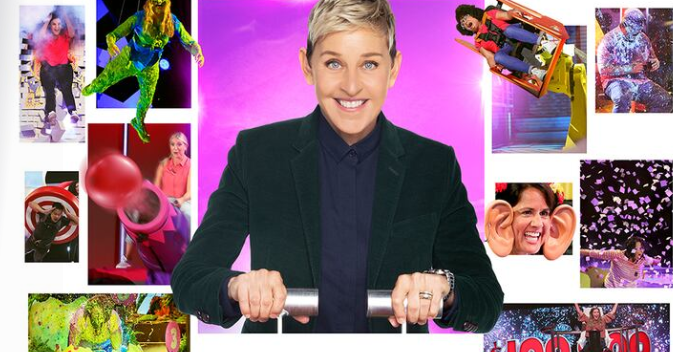 I’m getting calls all day and night about Ellen DeGeneres. Either she wants off her 17 year old talk show now, or Warner Media, which owns Telepictures, wants her out, or there’s some combination of those stories.

But what about the rest of Ellen’s empire? And what about Telepictures?

First, Ellen: Telepictures produces her “Game of Games” shows for NBC. It’s a big hit, terrific ratings. But the same producers now accused of all sorts of malfeasance also produce that show. They’ve only done 38 episodes over three years, but NBC uses it as a loss leader.

If DeGeneres and Telepictures are coming to a split, it may well include this show as well. Realistically, they can’t make that show with people they’ve just fired from the main show. Maybe NBC can save it and hire a new host. They’ve already got Jane Lynch doing the “Hollywood Game Night.” Isn’t this where they call Tiffany Haddish?

If “Ellen” goes, so goes her website and all the merchandise. The party would really be over. The site is hosted on Telepictures’ site as “Ellen Tube.” But if the Tube is corked, DeGeneres will have to call Jay Leno to find out how to completely reinvent her business.  And it’s a big business that’s been going on for 17 years.

Telepictures: they are a tried and true producer of reality and talk shows. They have TMZ, The People’s Court, Judge Mathis. The Real, and Extra. If Ellen is over, they have no talk show for the first time in eons. Their last really big talk hit was Rosie O’Donnell’s original show, which ended in 2002, the year before “Ellen” started.

Before that they’d had many non starters, shows than ran one season in syndication. Queen Latifah, Bonnie Hunt, Sharon Osbourne, Caroline Rhea all made a fun for it and failed with Telepictures. Remember Maureen O’Boyle? Telepictures also had a major issue with Jenny Jones, whose show was the subject of a famous lawsuit after a gay man revealed a crush on a co-worker, then that guy went home and killed the guest. “The Jenny Jones Show” never got over the scandal.

New talk shows and hosts are very difficult to develop into hits. This year was a rarity with Kelly Clarkson and Tamron Hall breaking out big time. But there are plenty of dead bodies that preceded them. Drew Barrymore is coming. But if you think Ellen is difficult to work with, just hold on. Even if her bff producing partner Nancy Juvonen has her on a short leash, Barrymore’s launch will be a revolving door. She is not easy, despite her cream puff persona. And the EP already assigned to her has presided over many failed shows already. So we’ll walk a thin line on that one.