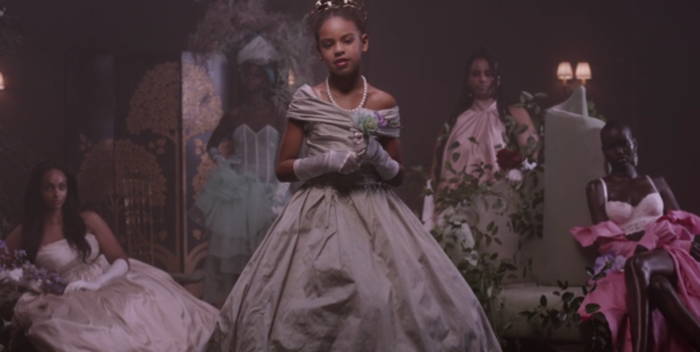 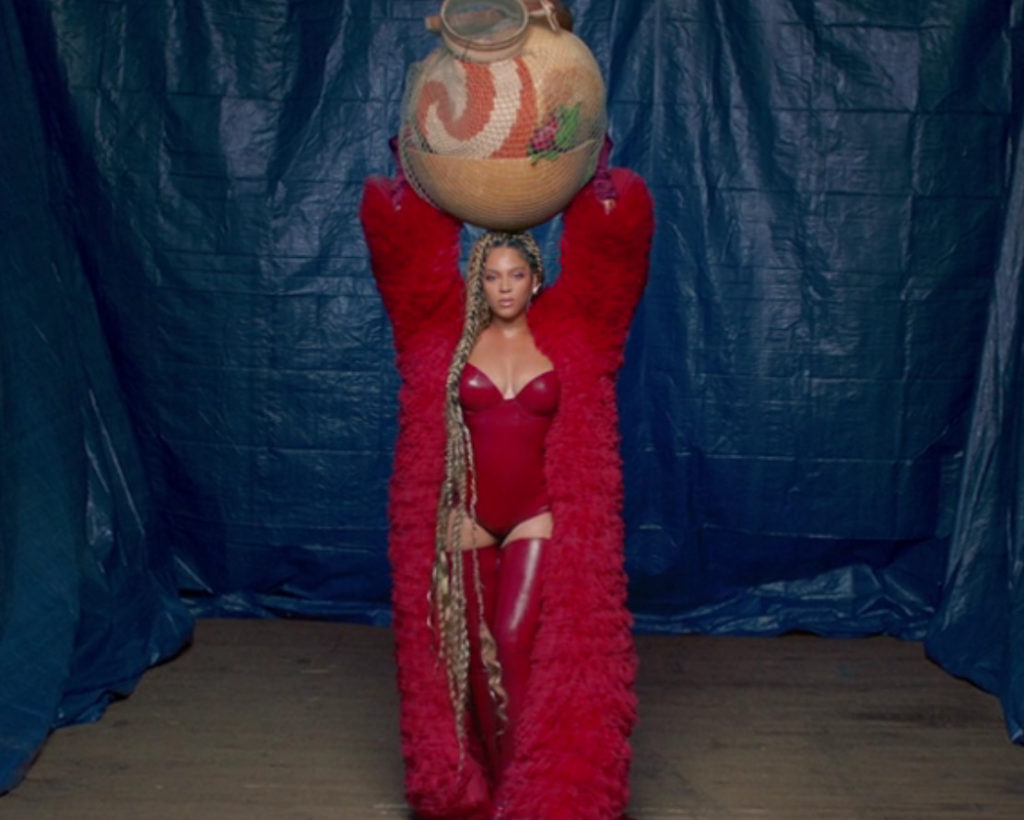 Beyonce has made a stunning visual album with “Black is King,” now showing on the DisneyPlus channel. She’s taken the songs she and her team wrote for “The Lion King: The Gift” and filmed beautiful videos to go along with them. It’s like a great Vogue fashion show set to music. I’d like to see the producers take the still shots and make a coffee table book for Christmas. It would sell out in a minute.

There’s no doubt that watching this film you’ll want to revisit “The Gift” album. Suddenly the songs make sense, with imagery of Africa relating black history. I would say every young black person, or any color, will revel in the details and rhythms.Also Beyonce is shot beautifully by about seven different directors and choreographers. The mix on Disney Plus really serves her voice well, too. There’s no clutter, just richness.

When you go to the end of this feast for the eyes, there’s an odd dedication. It’s to Beyonce and Jay Z’s three year old son, Sir Carter. (Yes, that’s his name.) Sir, however, is a twin. His sister is Rumi. They have a famous older sister, Blue Ivy, who appears in the movie. Yet the two girls do not merit a dedication. Rumi, particularly, seems slighted. Do these girls not count? The dedication is like a big snub to the little girl. Imagine explaining to a three year old, “You’ll be next time.” Oucherooni! Those girls are going to be in therapy for some time to come.

The dedication aside, “Black is King” has an important message delivered with a lot of artfulness. Expensive? I’d say so. The costumes, make up and lighting may have set a new record for a “music video.” The choreography is fluid. All of it is inspired by Julie Taymor’s work on “The Lion King,” it’s a genuine compliment to Taymor that she is the grandmother of this project, credited or not.

And yes, the main photo here is of Blue Ivy. 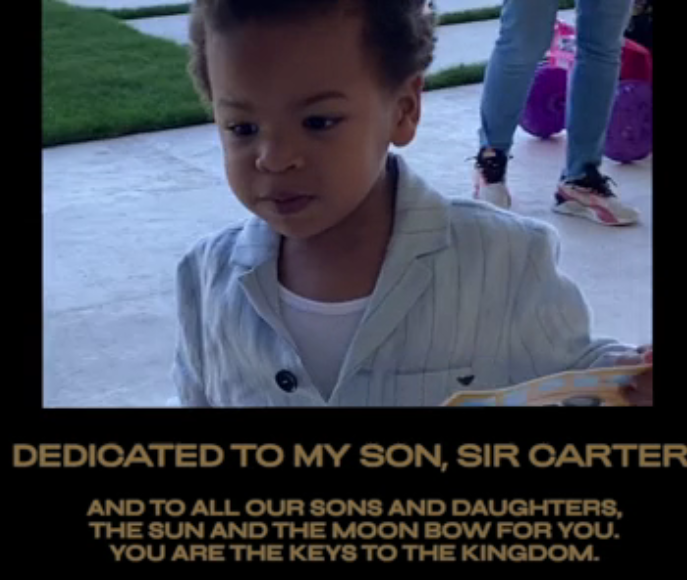