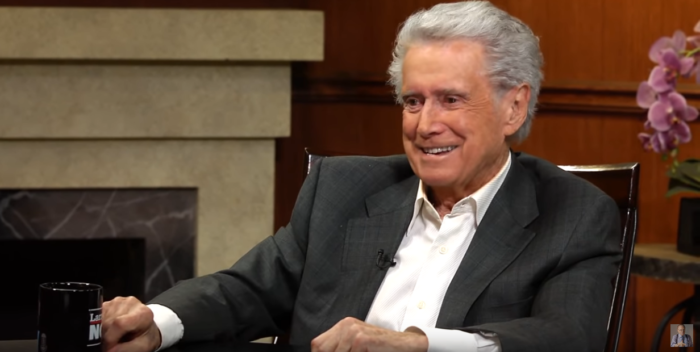 I’ll tell you what. I like Kelly Ripa and Mark Consuelos personally. I have never understood this. But I know that once Regis left “Live,” Kelly never spoke to him again. He was never invited back on “Live” again. He retired from “Live” in January 2011. He and I spoke about this often; Joy, as well. They were mystified. In time, Kathie Lee joined the Today show’s third hour, and she had Regis on often as a guest and co-host. They still had their old magic.

It’s a very good interview, but jump to 7:19 where Larry asks Reege about Kelly. After watching this, and this morning’s “Live” tribute to Regis, I’d say Kelly will be up for an Emmy after that performance.