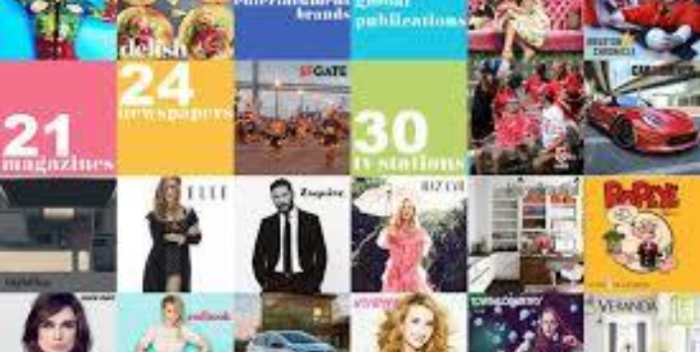 The official word is that Troy Young, president of Hearst Publications– the company that gives Harpers Bazaar, Esquire, Cosmopolitan, Oprah’s O, Marie Claire, and Good Housekeeping– has resigned. But the truth is he was ousted after the New York Times took him down after reports of inappropriate behavior and lewd language in the workplace.

The Times story reported that Young had made suggestive comments about sex toys, emailed pornography to a senior editor and made explicit remarks to a junior employee.

There are no tears for Troy Young at Hearst. He was rude and disrespectful to all. He and his cohorts, who suddenly took over the running of the magazines because of their bs digital backgrounds, were responsible for carnage in the office suites. Since Young rose to power, great editors like Glenda Bailey, Joanna Coles, David Granger, Jay Fielden, and Ellen Levine all departed their posts and left the company. Young ripped out the heart and soul of Hearst to fulfill his skewed agenda.

I am thinking this morning of my late friend, Terry Mansfield, the eminence grise of Hearst, based in London. One of the great publishers of all time, Terry died early this spring from COVID-19.  He was a gentleman, which doesn’t mean he was out of touch. He had manners, and engaged with others as a human. He was appalled and insulted by Troy Young, which we discussed a lot. I have to think Terry’s arrival in heaven helped expedite Young’s exit.

What’s worse is that the brands’ online presences were diminished in the process. Stories are pumped out under “Esquire.com” or any of the titles that have no relationship to the magazines. They’re just tabloid regurgitations designed to use the brands as clickbait.

Of course, the most egregious thing that’s happened is the killing at Esquire of Maximillian Potter and Alex French’s detailed and lengthy investigation into “X Men” director Bryan Singer’s history of alleged crimes and misdemeanors. Hearst execs were said to have killed the story. The reporters published it in The Atlantic.

“We have been asked why a story reported and written by two Esquire writers is being published in The Atlantic,” they said. “This story began with our editors at Esquire. After months of reporting, this story went through Esquire’s editorial process, which included fact-checking and vetting by a Hearst attorney, and the story was approved for publication.”

They continued: “The story was then killed by Hearst executives. We do not know why.”

Young’s ouster should lead to the end for his handpicked people, none of whom were popular among the staff. If you have any thoughts, please direct them to me at showbiz411@gmail.com. A few years ago, when Young was simply head of digital Hearst, it was recommended we meet. To say the meeting was a failure was an understatement. He was the rudest person I ever met in publishing, and that says a lot. (He actually was ruder than the editor at Harper Collins who once said to me, “Maybe one day you’ll be a success, too” and then proceeded to take all the ideas I’d offered her.)