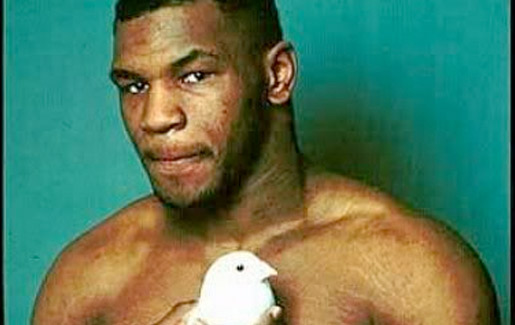 This is really happening. Mike Tyson and Roy Jones, Jr. are going to have an 8 round fight on Pay Per View on September 12th.

These two old warriors will be part of a three hour extravaganza produced by Tyson’s film company and certain to pull in a lot of money. I’m in, I know that.

According to a press release, the fight will air on multi-media platform, Triller, which has also obtained exclusive streaming rights to the soon-to-be-released, ten-part docuseries featuring behind-the-scenes, pre-fight footage, releasing two episodes per week leading up to the match. The fight, titled “FRONTLINE BATTLE,” is the first event of a series produced under Mike Tyson’s Legends Only League, a sports venture owned by Tyson and Eros Innovations which has partnered with Triller on all future boxing events.

The show goes on sale August 26th. No word yet on ticket price. And where is Don King? I’m surprised he’s not involved somehow. We miss him!

PS I actually saw Roy Jones fight at Radio City 20 years ago. He won the fight against David Telesco in 12 rounds from three judges. Great night!