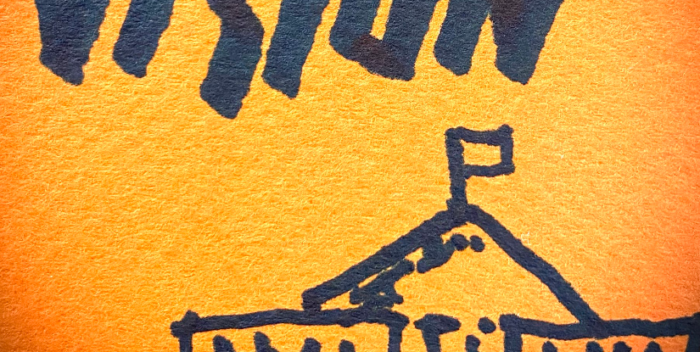 FRIDAY 12:40AM There is no sign of “Donda.” Did it ever exist? Will it seep out in a few hours or days? Who knows? But so far, Donda Nada.

That’s the name of Kanye West’s supposed new album, which he announced many times this week was arriving tomorrow. That means in 7 1/2 hours.

I’m told no one at his record company, Def Jam, has any idea if the record is coming. That’s a bad sign. The streaming services seem clueless, too. Kanye’s website offers no indication new music is about to arrive.

Plus, the usually voluble Kanye has vanished from social media today. No word about the album at all.

Of course, it’s possible the whole thing was a manic wish, and doesn’t exist. Or exists in parts but not ready for now. And this is despite Kanye releasing a tracklist over and over. He’s issued them in his own hand, and then type written.

This was already a busy week for Kanye, whose presidential non campaign ended with a frantic, senseless appearance in South Carolina and his denying that Harriet Tubman freed slaves. Then he had a Twitter barrage attacking his wife and her family.  Who has time to finish tracks?

A wrench in the works might have been Taylor Swift’s announcement that she’s dropping a surprise album tonight. And she’s really doing it. They are mortal enemies. Her “Folklore” may have have scared Kanye off.

I guess we’ll see at midnight if “Donda” is real. I guess if it’s not, we’re all learning about manic depression aka bipolar disorder. This is tough for his family first and him. As for the public, we can wait. 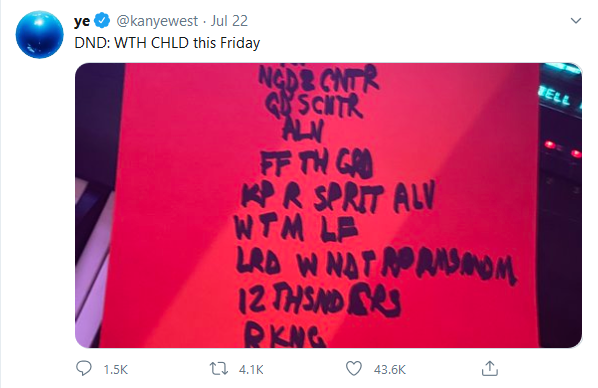