What’s it all about, Kanye?

As I said on Sunday and again last night, it’s all about the Benjamins. Money, honey.

After a nightlong Twitter rant (read previous posts) attacking his wife, mother-in-law, melting down, slagging Shia LaBeouf, Kanye finally got to the point:

“Imma stay with the music.”

Then he tweeted the tracklist for his new album, called “Donda,” named for his mother. It drops on Friday.

Kanye’s disastrous appearance in South Carolina, his non campaign for president, the reveal that he almost aborted his first child, and was almost aborted himself– all of it, who knows? Was it just for the album? Was it a bipolar meltdown under the pressure of releasing the album? On the tracklist, you can see that some of the tracks were just finished in the last 48 hours. Maybe that’s what send him over the edge.

In any case, “Donda” is coming, the West Wing is not, and we’ll stay tuned for further developments. 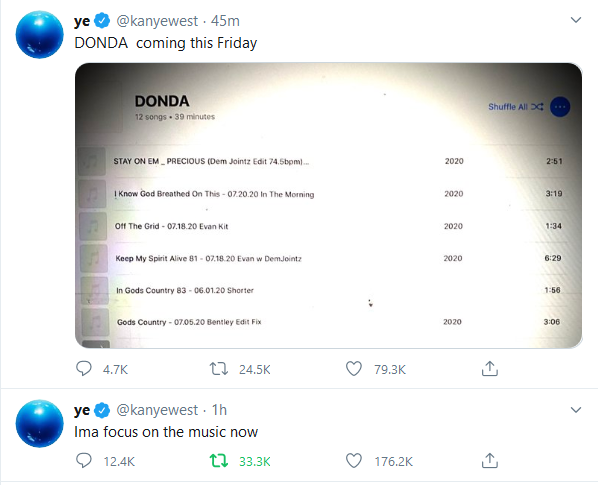