Kanye West has gone on a Twitter spree. It’s a bipolar breakdown and it’s not funny. He needs help. It looks like Kim Kardashian tried to get help, but he rejected it. And now he’s attacking her.  I hope she has Power of Attorney. 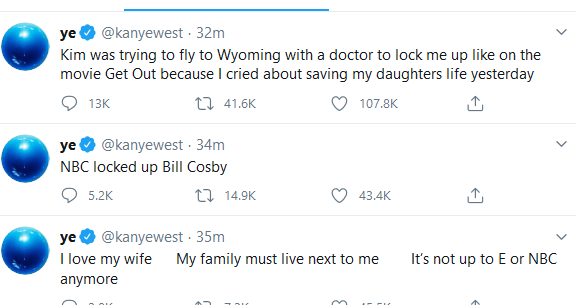 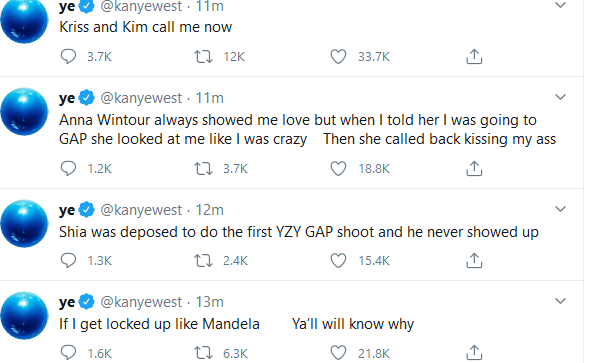