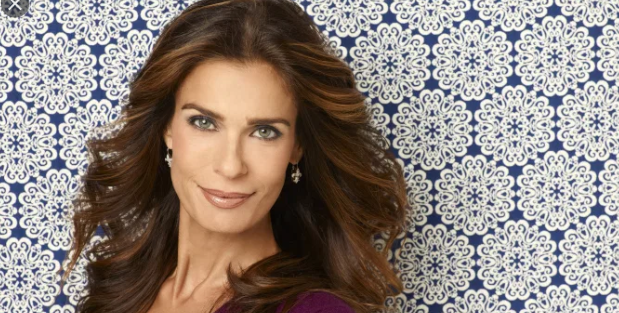 “Days of our Lives” star Kristian Alfonso has given the reason she’s leaving the show after 37 years: disrespect.

Alfonso told Entertainment Tonight that when it came time to re-sign her contract, the show asked her to sit out for “four -t0-five months” until she could be launched in a new storyline.

“And at that moment I thought to myself, you know what, it’s time for a change, and it was the perfect moment to make that decision,” she told ET. “I was taken aback when he said that they wanted, he and [co-EP] Albert [Alarr] wanted to take me off camera for four to five months. It was not something that had ever been discussed but that’s what it was… I just thought, you know what, it’s time to really write a new chapter. I’ve had an incredible run there.”

Alfonso has announced her departure without filming a finale. She’s shot episodes through the fall. She has no idea how they will handle her exit.

“In the storyline, I still have scripts that were supposed to be shot,” she told ET. “Of course, everything is being probably rewritten because of COVID and guidelines that they have to adhere to. But that was not supposed to be the end.”

Maybe she and executive producer Ken Corday, the cheapest man in show biz, can work something out. Realistically, at one one point down the line her character would have to return because the actor who’s played her father for fifty years, Bill Hayes. is 95 years old.

But the reality is, she’s rich, she’s famous, popular, and done. She could work at Hallmark steadily. Any of the other three soaps will jump at the chance to stunt cast her. Fans of “The Young and the Restless” are already clogging social media with ideas.

Alfonso’s departure is not alone at Days. Executive producer Greg Meng was just forced out after 31 years. About a half dozen other actors have been let go, all long term and popular, too, because of Corday’s budget cuts. But she was the longest-tenured.

I have to laugh when I read about Corday’s budget cuts. He and the Bells, who created “Y&R” and “Bold and the Beautiful,” are very, very rich. The estate of William and Lee Bell just sold two properties in Los Angeles totaling over $50 million. No soap actor has ever lived so grandly.