Donald Trump has demoted campaign manager Brad Parscale as his poll number has fallen to 36% acccording to Quinnipiac.

Parscale is out after botching the Tulsa Rally, Mt. Rushmore event, yesterday’s campaign speech aka “press conference,” the handling of the coronavirus, Black Lives Matter, and everything else he’s touched. Trump announced the change replacing Parscale with Bill Stepien on Facebook of course, because Twitter was down.

Trump really thinks his poll numbers are up, or is selling that lie to his base. But the base may be eroding as Trump kills the country, literally. The Quinnipiac folks wrote: “Independents are a key factor behind Biden’s widening lead as they now back him 51 – 34 percent, while in June, independents were split with 43 percent for Biden and 40 percent for Trump. There is also some movement among Republicans as they back Trump 84 – 9 percent, compared to 92 – 7 percent in June. Democrats go to Biden 91 – 5 percent, little changed from 93 – 4 percent in June.”

If we don’t vote Trump out on November 3rd, we will have no country. Our kids will have had their formative years robbed from them. More importantly, people my age– who are on the other side of the 50 fence and trying to get the most out of life– will have wasted important years. Being Republican with a lot of money doesn’t matter if you can’t enjoy it. And now with Trump’s presidency, you can’t. You are stuck at home. Even if you’re in a mansion with a tennis court, tell the truth, you had a great trip planned this summer, right? Thanks to Trump, you’ve lost a year of travel viability. 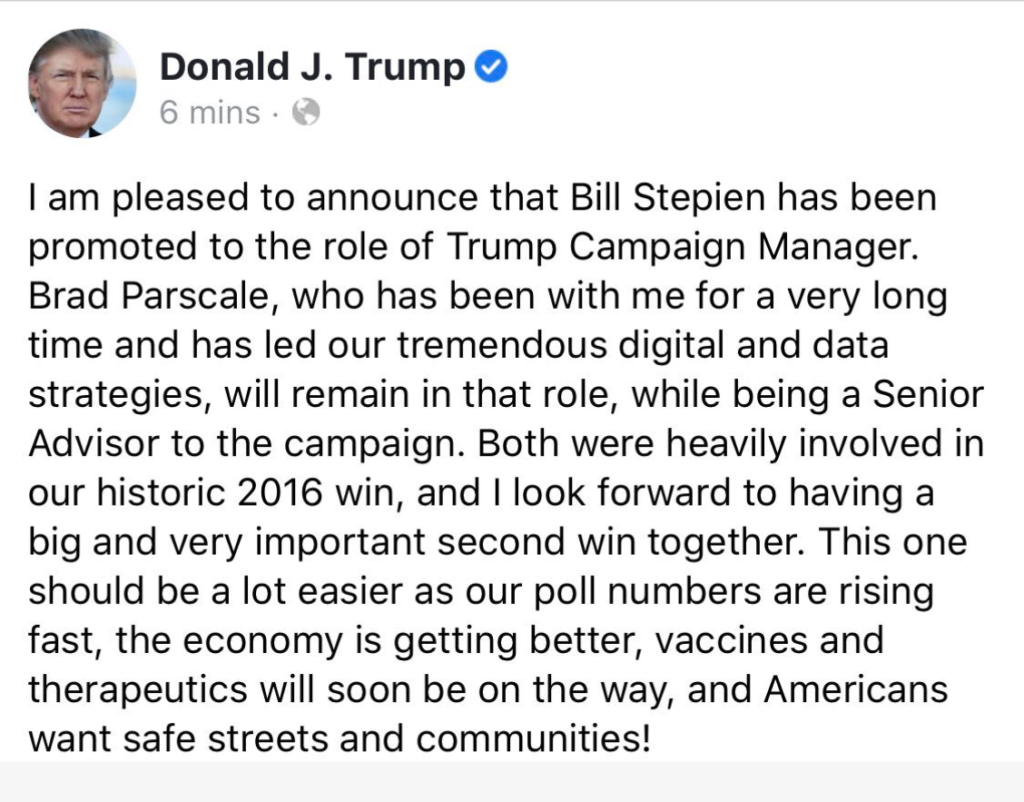