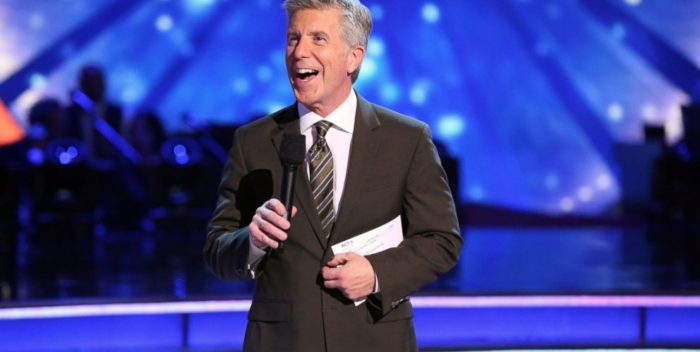 Is he too old? Too well known? Did he want a raise? Whatever it is, Tom Bergeron is out as host of “Dancing with the Stars” on ABC.

Bergeron had been with the show for 15 years. ABC doesn’t want him anymore. He has too much experience.

Also out is Erin Andrews, Bergeron’s co-host. She will be replaced by anyone younger or cheaper or a YouTube star.

Tom Bergeron is a throwback to the old game show hosts who could do anything. He hosted “America’s Funniest Home Videos” for 25 years. He hosted “Hollywood Squares” for six years. He’s that likeable, ubiquitous TV personality that seems to be on every show, and you’re always happy he’s there.

Believe it or not, he’s 65 years old, but so peppy that you’d never guess it. What does the network want? You know what they want: David Muir. They can have him.

Just informed @DancingABC will be continuing without me. It's been an incredible 15 year run and the most unexpected gift of my career. I'm grateful for that and for the lifelong friendships made. That said, now what am I supposed to do with all of these glitter masks?