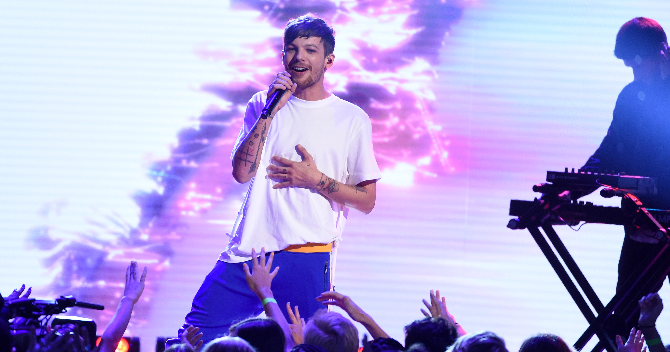 Just as the other members of NSync discovered when Justin Timberlake took off on his own, the balance of One Direction is struggling.

Louis Tomlinson is part of One Direction, just as Harry Styles, Niall Horan, Liam Payne are, and Zayn Malik was before he quit the band.

But their solo careers, other than Styles, have not been easy campaigns.

Today, Tomlinson announced he was finally leaving the management of Simon Cowell, who he’s been with his whole time since first appearing on “The X Factor” before One Direction existed.

Tomlinson wrote on Twitter: “Hope everyone is doing ok! Just wanted to let you know that Syco Music and I have agreed to part ways. I’m really excited for the future and to be back in the studio writing the next album. Can’t wait to finally see you all on tour!! Stay safe and see you soon, Louis x”

Like Horan and Payne, not to mention Malik, Tomlinson must be frustrated. He’s made good records, done the touring, and nothing has clicked. His debut album, “Walls,” released this past January, has been a sales dud. It came out on Cowell’s Sony label Syco and the revived Sony/Arista Records, selling just 42,800 CDs and downloads, a total of 67,800 including streaming (according to Buzz Angle/Alpha Data).

Horan has had slightly better luck, not much, and same for Payne. Malik’s career right now is a disaster, with one sorta hit album and single, and then an utter bomb.

Styles, meanwhile, could not be doing better. Managed by Irving Azoff’s powerhouse group, Styles has blossomed as a pop and fashion star. He’s not even as talented a singer or songwriter as some of his bandmates– Horan is miles better– but that doesn’t matter. Through clever marketing and real attention to detail, Styles has followed Timberlake into the rare category of Rock Star, well, Pop Star with capital letters.

In the last few weeks, Styles’s second album, “Fine Line,” has jumped back into the top 10 after a so-so launch. The album has been aided by a hit single called “Watermelon Sugar” that makes “Sugar Sugar” by the Archies seem heavy. But it’s worked, as his androgynous projection of being sexually available to everyone. He wears dresses and make up, flies through the air in his videos, and smiles widely through all of it. (And the records are really, really embarrassingly awful.)

Tomlinson is now off Cowell’s label, but he can probably remain at Arista, which needs name stars as it rebuilds in its new incarnation. But will any of the One Directioners aside from Styles ever take off? That’s yet to be determined.