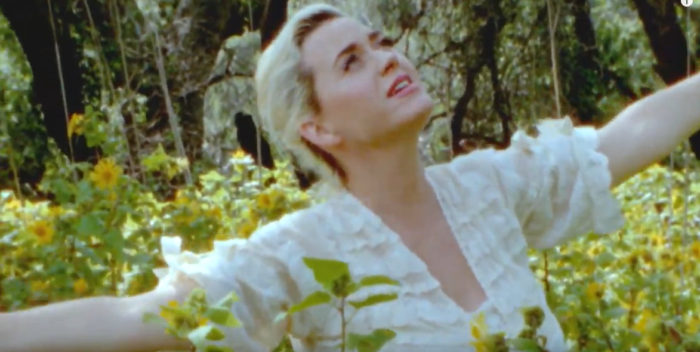 What can I say? I like Katy Perry’s singles. They’re well made. “Smile” is the title track from her new album coming on August 14th. Katy’s had a bunch of singles including the hits “Daisies,” the Gold-certified “Never Really Over,” and “Harleys In Hawaii” all of which will be on the album. She says she wrote “Smile” during a low point– presumably when her last album didn’t do so well. But she’s a big hit on “American Idol,” she’s about to have a baby, and one day she’ll have a big sold out tour. It sounds good to me.