Circle Tuesday, July 14th for the best book ever on Donald Trump, by his niece, Mary. It’s called “Too Much and Never Enough.” Here’s the back cover, as featured on amazon. Mary writes of her grandfather, Fred Trump, Sr: “Love meant nothing to Fred; he expected obedience, that was all. Over time, Donald became afraid that asking for comfort or attention would provoke his father’s anger or indifference when Donald was most vulnerable. … Donald suffered deprivations that would scar him for life.”

Mary, a clinical psychologist, also suggests that her father, Fred Jr.; Donald, Maryanne and Robert, the four Trump siblings were victims of a form of child abuse. Oh yes.

And so it begins: 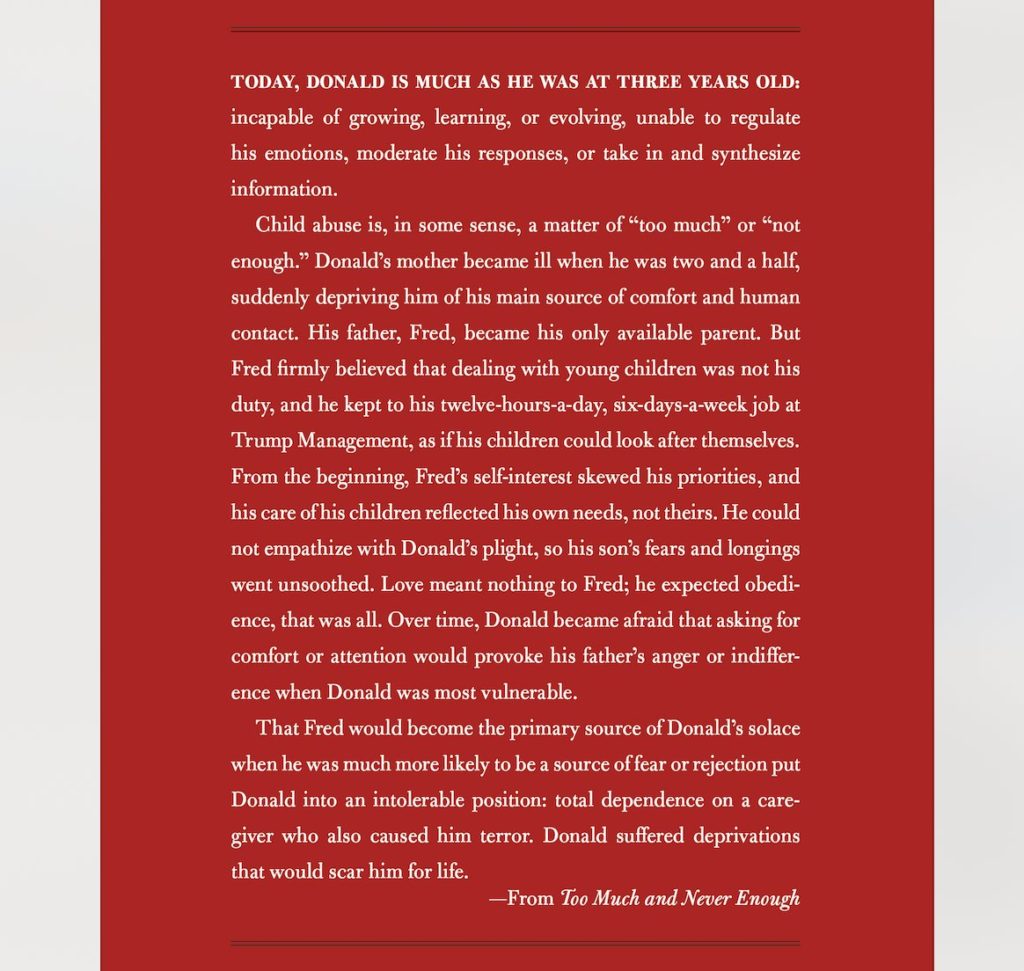