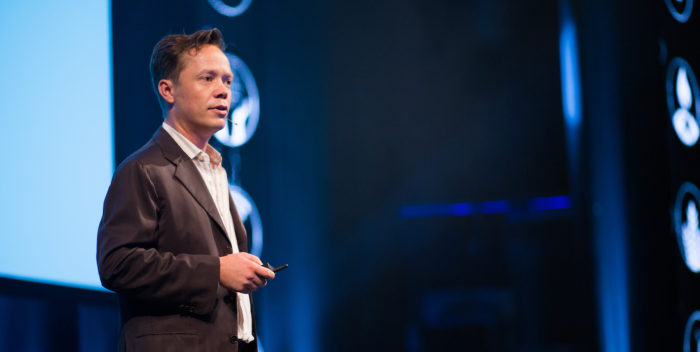 Something is really wrong at People magazine. They ran a story tonight picked up in a lot of places that a man named Brock Pierce has announced he’s running for President. A child actor once, Pierce is only identified as head of a bitcoin operation and once part of a lawsuit involving Jeffrey Epstein. They gloss right over the latter part, but Pierce– despite efforts to clean up his reputation on the internet— has a history of life in the sewers under Hollywood (if they had them).

“I’ve spent my life creating great things from nothing and I can help others do the same,” Pierce said in a statement to People. “Entrepreneurs are essential to the rebuilding of this nation that we love, and I’m running in this race because I know that together we can help build a pathway towards the rebirth of the America we love so much.”

Uh, what? Brock Pierce was part of a very lowlife skanky Hollywood sex scandal in 2000, when he was 19, that revolved around a company called DEN, Digital Entertainment Network. It was run by two very skeezy people, Marc Collins-Rector and Chad Schackley.

The story is so lurid and sordid that I’ll just quote Wikipedia:

“In August 2000, a New Jersey federal grand jury indicted Collins-Rector on criminal charges that he had transported minors across state lines for the purpose of having sex with them  After his indictment Collins-Rector fled to Spain together with Shackley and Pierce. Interpol arrested them in May 2002 in a villa in the south Spanish beach city of Marbella. Guns, machetes and child pornography were found in the house.

“Collins-Rector fought extradition proceedings for two years before returning to the United States, where he pleaded guilty to eight charges of child enticement and registered as a sex offender.He admitted luring five minors across state lines for sexual purposes. He received credit for time that he had served in a Spanish jail and was registered as a sex offender under a weekly supervision.”

In 2000 I stumbled on these people because Hollywood money manager Dana Giacchetto– who has since committed suicide– “invested” his clients’ money in DEN as part of his Ponzi scheme.

Pierce was featured in a very good piece in the original and now defunct Radar magazine (not to be confused with Radar Online). Collins-Rector and Shackley had a rented mansion for their extra curricular activities. From the story: “Another regular at the mansion was DEN executive VP Brock Pierce. He was aggressive and self-assured, with blond hair and an insouciant pout. He was also still a teenager—17 years old and coming off a successful career as a child actor, with The Mighty Ducks and First Kid among his credits. According to a DEN board member, Pierce was hired as “the guy who could tell us what Gen Y-ers were likely to think. This talent came in handy not only in targeting the youth demographic, but also in bringing a supply of beautiful young men to the estate, lured with vague promises of fame as the Internet’s first TV stars.”

And then this: “DEN’s founders devoted most of their attention to the network’s flagship show, “Chad’s World,” which targeted gay and questioning teen boys. Filmed at the M&C; estate, Chad’s World was the founders’ most personal creative effort. Co-written by Collins-Rector, produced by Pierce, and loosely based on Shackley’s life, it featured one of the boys who would later accuse the DEN founders of molestation.” “Chad’s World,” the show, Pierce, who was 19, was producing, is described as a “gay pedophile version of ‘Silver Spoons.'”

Brock Pierce for president? I suppose after Donald Trump, we could go lower. But really, People magazine, and everyone else who wants to write about this, do some research. These are vile people.

I don’t even know what to classify this story as: Garbage?