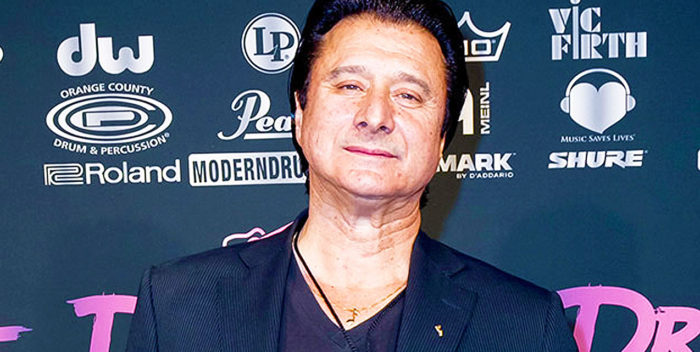 Steve Perry, the raspy voiced former lead singer of Journey, has a message for politicians of all parties: Stop Believin’!

Perry posted to Twitter last night: “As one of the songwriters of Don’t Stop Believin’, I have not given permission to any political candidate to use this song!”

“Huh .., funny when I tried to stop it before a couple of years ago management told me you and Lee Phillips didn’t want to mess with it…@NealSchonMusic so what makes it different now ? I’ve been outspoken about it before that I don’t like our music used for anything political but at the time I was told by Managnent the Steve and his Atty Lee Phillips didn’t want to do anything.”

Fans were split. Some were thrilled and told Perry to sue, along with the Rolling Stones, to stop Trump. Others, the Journey fans I suspected were in the majority, were upset with Perry for involving “their band” in politics.

But Perry’s insistence is likely more financial than political. Once a song becomes closely identified with a political campaign, as in the case of Fleetwood Mac’s “Don’t Stop” for Bill Clinton, radio stations remove it from playlists for a long time. It winds up costing the band and songwriters a lot of money. Journey’s “Don’t Stop Believin'” is a radio staple made famous again on “The Sopranos.” Perry doesn’t want to jeopardize his income stream.

Maybe Trump can change the words to “Oh Sherry” to “Oh Donald.” That might work!

Even better: wait til Trump loses in November and play “Who’s Sorry Now?”