Henry was subject of a tabloid scandal in 2016 when he was caught having an affair. Obviously, this guy isn’t too smart.

Fox is very proud they acted so quickly. In years past, the company let complaints about Roger Ailes, Bill O’Reilly and others turn into lawsuits and pay offs. It only took several scandals, books, and movies to change their HR policies. 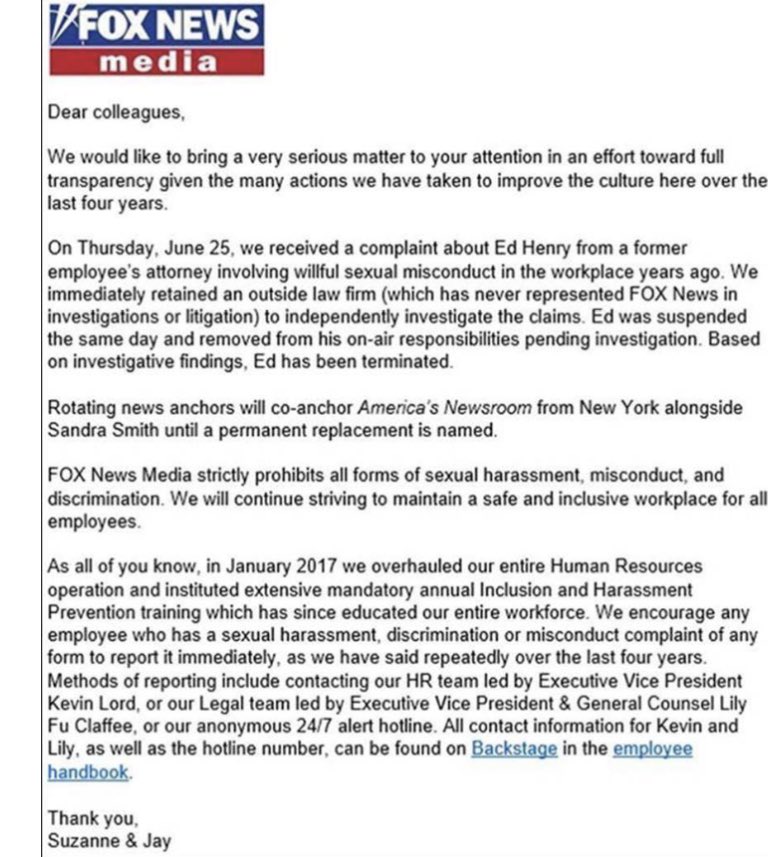