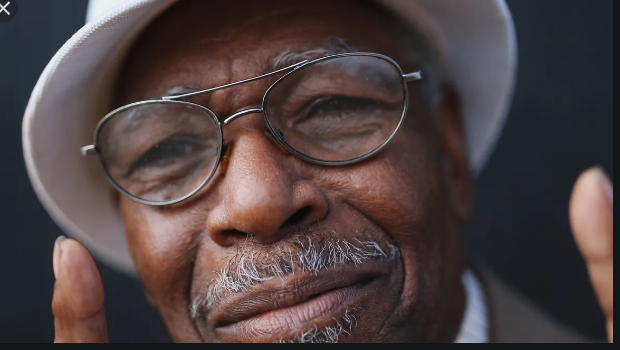 Everyone knows Don Bryant in Memphis, and in gospel. He’s the long time husband of famed R&B singer Ann Peebles, writer of many of her hits and his own including “I Can’t Stand the Rain.” They wrote “I Can’t Stand the Rain” together, and were disciples of Willie Mitchell and Hi Records. I’ve had the pleasure of knowing Ann and Don a long time. They are one of music’s most happily married couples even though she had a classic hit on “(I Feel Like) Breaking Up Somebody’s Home” back in the 70s. They are the complete opposite.

I’m so pleased to report Don has released a wonderful new album on Fat Possum Records called “You Make Me Feel.” He’s even resurrected a hit he wrote for the great Otis Clay, called “I Die a Little Each Day.” Otis’s version is already cemented in history, but I must say I love hearing Don sing his composition.

The album is produced by Scott Bomar, who recently scored “Dolemite Is My Name” and mixed by Matt Ross-Spang (Elvis Presley, Al Green, John Prine).  Musicians include members of the Hi Rhythm section — Howard Grimes, Archie “Hubbie” Turner and Charles Hodges, who played on his by Al Green and Ann Peebles — with members of St. Paul and the Broken Bones and The Bo-Keys.

Don’s voice is rich with Memphis history. You can hear all of the Stax and Hi and Sun Records legacy when he sings. I spoke to him and Ann last week, they’re staying socially distant and riding out the pandemic. They should be in every Hall of Fame. God love ’em.

From the liner notes: This is the first time Don released a version of his “Cracked Up Over You,” recorded enough times to be an R&B chestnut. (Jr. Parker gave it a fine workout.) Don released the B-side “I’ll Go Crazy” in 1968, and it it’s only song on here he didn’t write. He related to the hook: “If you love me any better, I’ll go crazy.”

“My main thing is to tell a story,” reflects Don. “Taking an idea and making a full story out of it is a challenge to me. I go back to look at situations in my life, work the story in my head…If you can tap into things that people go through, then they want to listen.”

Buy this CD on Amazon, or download it, or listen to it on Spotify. It will make you feel so good. And the band– when you hear that Willie Mitchell sound revived by these guys, it will make you weep with happiness.