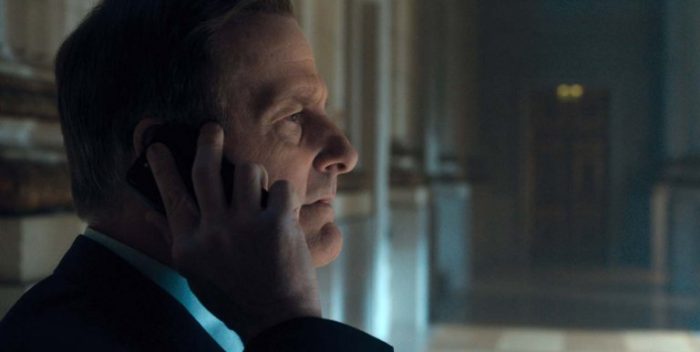 Former FBI director James Comey is sort of responsible for this mess we’re in. His letter about Hillary Clinton’s emails in 2016 made her look suspicious, and cost her the election, many feel. The result is this disaster we are now all in.

Of course, Comey’s inadvertently helping Donald Trump didn’t put him in good stead with new lamentable president. The result was his being fired, testifying in front of Congress, and writing a book.

Now that book will be a Showtime miniseries come late September. Showtime has moved up the date from after the election to before, maybe to convince Trumpers of what an idiot their candidate is. Who knows?

Jeff Daniels plays Comey in “The Comey Rule,” written and directed by Billy Ray. The series will launch on September 27th, just in time to make an impact, one hopes, with those who still think Trump should remain as president. Brendan Gleeson plays Trump, Holly Hunter is Sally Yates, but no one seems to be playing Hillary Clinton.

Daniels plays heroes in conflict, so we can guess which way this is going.  And while I’m sure “The Comey Rule” will be excellent TV fare, Comey will get off scot-free for causing all this trouble. Meantime, after Hillary Clinton was excoriated for using a private email server, it turns out many in the Trump White House have done the same thing and gotten away with it.