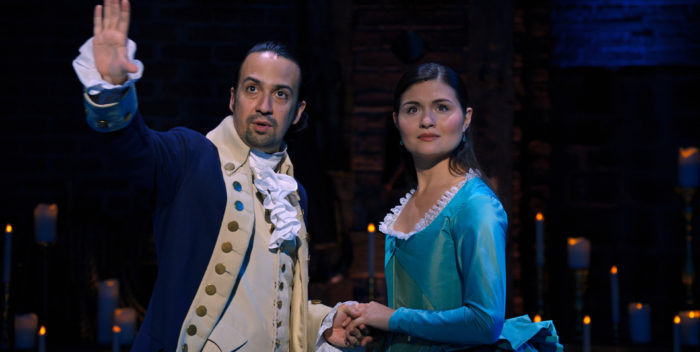 On Twitter just now, Lin Manuel Miranda explained what he gave up so DisneyPlus would rate the “Hamilton” telefilm PG-13 instead of R.

He wrote, in response to a question from a fan who asked what changed:

“LANGUAGE!
1. On July 3, you’re getting the whole show, every note & scene, & a 1-minute countdown clock during intermission (bathroom!)
2. But MPAA has a hard rule about language: more than 1 utterance of “Fuck” is an automatic R rating. We have 3 “Fucks” in our show. So….I literally gave two fucks so the kids could see it:
1. In Yorktown, there’s a mute over “I get the f___ back up again”
2. “Southern *record scratch*kin’ Democratic Republicans.”
You can sing whatEVER you like at home (even sync up the album)!
Love you. Enjoy.”

Earlier, Lin Manuel responded to questions about the release on July 3rd 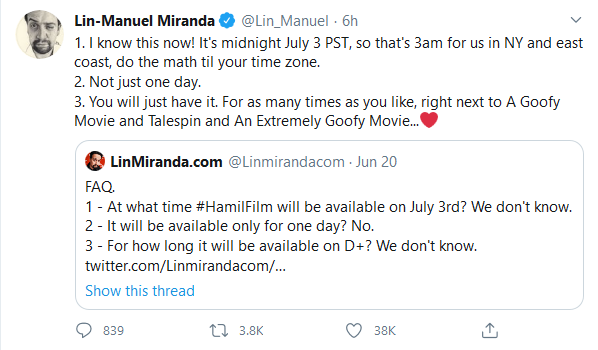