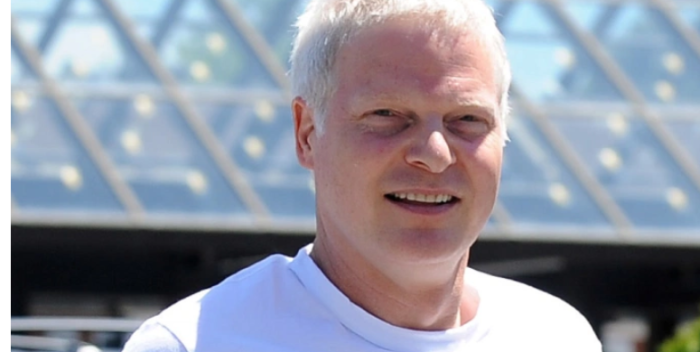 I am not shocked by much but Steve Bing committing suicide this afternoon in Los Angeles has floored.

He was 55, and had everything, or so it seemed. Popular, rich, good looking, he’s the father of Elizabeth Hurley’s son. This means he had an affair with Elizabeth Hurley. He financed films, not all great, but all with cool people who he liked. He had a very popular vegetarian restaurant called Crossroads on Melrose Blvd. in West Hollywood.

Where did the money come from? Steve’s grandfather was Leo Bing. Leo and his brother Alexander were Bing & Bing, the most sought after real estate developers in Manhattan in the post-Depression era. A Bing & Bing building means the creme de la creme of New York. Steve’s father, Peter Bing, is a philathropist, public health doctor and advocate and heir to the Bing & Bing fortune. Steve’s parents are still alive.

In January, Los Angeles Superior Court Judge Daniel Juarez  ruled that Steve’s children not from marriages, Kira Kerkorian and Damien Hurley, could have access to a trust worth millions established by Dr. Bing. This ruling was determined after reviewed petitions filed by Trustee William Stinehart as well as oppositions filed by Keystone Law Group regarding the children’s right to inherit. The original petition was based on claims by Peter Bing that his son, Steve Bing, had never lived with either of his children, as both of them were born out of wedlock. Dr. Bing vowed the illegitimate grandchildren would never get his family’s money. (Sounds like a lovely guy.)

While Damian was fathered with Hurley, Kira was the product of a relationship Steve had with Lisa Bonder Kerkorian, then the wife of another billionaire, Kirk Kerkorian. Remember, Kirk hired Anthony Pellicano to spy on Lisa? That’s another story.

Steve Bing invested in friends’ movies and whatever caught his fancy. I knew him because he invested in the great original rock and roller Jerry Lee Lewis. He loved Jerry Lee, produced albums by him that featured Mick Jagger, Keith Richards, Neil Young and Bruce Springsteen. Steve was basically his patron, sent him on tours. It was a such cool thing to do.

As for philanthropy, in 2012, he pledged a $30 million legacy gift to the Motion Picture & Television Fund. Extraordinary.

Reports say Steve jumped from 27th floor Penthouse in Century City, where he literally lived in the lap of luxury. One report said he depressed about being alone so much in the pandemic. But really, with that circle of friends and influence, the ability to have plenty of help at any cost, this seems so crazy. What a tragedy that a man who had so much felt so alone. I am very, very sorry. His friends must be bereft.

Condolences to them and to his family.