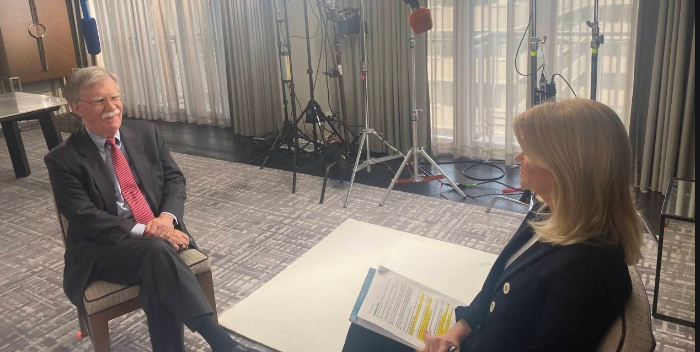 Called “The Room Where it Happened”– same as Bolton’s bestselling book– scored 6.1 million viewers. It was the second highest rated show of the night, with “60 Minutes” edging it out two hours earlier at 7pm.

The Bolton interview soundly beat a Grammy special on CBS and “America’s Got Talent” on NBC. It also garnered nearly twice as many viewers as John Legend’s special an hour earlier on ABC. But the good numbers didn’t stay for a rerun of “The Match Game” at 10pm.

The Raddatz piece should be worrisome for Donald Trump. People want to hear what John Bolton has to say, including that Trump should not be president or re-elected and that he’s not up to the job of being president.