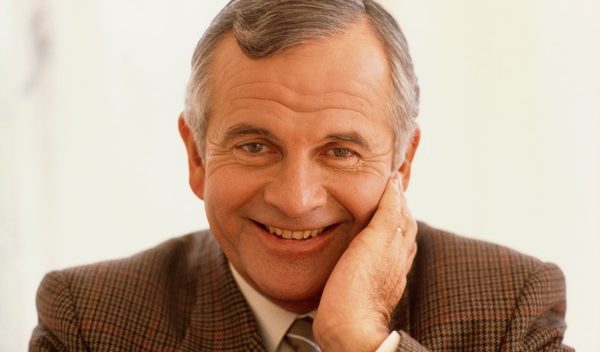 Sir Ian Holm — who’s gone at age 88 — was a keeper. His Oscar nomination came in 1982, for “Chariots of Fire.” He was one of the few stars whose career just kept getting bigger and bigger. He had memorable turns in so many movies– “Greystoke,” “Brazil,” “Dance with a Stranger,” he played Polonius in Franco Zefferelli’s “Hamlet” (to bolster Mel Gibson).

I think his zenith came in 1997 with “The Sweet Hereafter,” maybe the saddest movie ever made. He’s absolutely brilliant as the lawyer dealing with the parents of drowned schoolchildren from a bus accident.

Of course, Ian Holm was then four years away from his greatest success, playing Bilbo Baggins in “The Lord of the Rings” trilogy. That’s what he’ll be remembered for. Then came his Parkinson’s diagnosis and a slow retreat from acting. I interviewed him many times and he was a delight, one of those great real people you looked forward to seeing all the time. I’ve missed him the last few years, and will always stop now to watch him when his visage appears on screen. Rest in peace.

I stand corrected he played Napoleon three times in Napoleon In Love, Time Bandits and The Emperor's New Clothes. (Thanks @MilesWattsFilm) https://t.co/5JKLZ4Kdw3

Ian Holm took a chance on me and said yes to being in “Garden State” when I had yet to make any other films. He could not have been more supportive and kind and humble. I am so honored I got the opportunity to work with an actor of his legendary caliber. Rest In Peace. pic.twitter.com/lRJV5aVEJx

So sad to hear that the singular, brilliant and vibrant, Sir Ian Holm has passed. Farewell, uncle. pic.twitter.com/q9RBKT3hBC