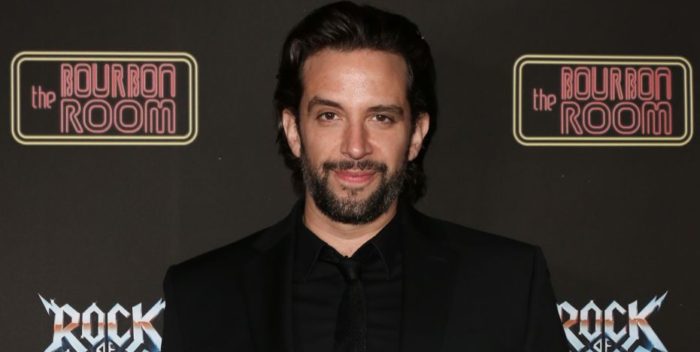 Kloots says Nick has lost 65 pounds since the illness began 77 days ago. The weight loss is due to muscle atrophy. He is awake but can’t speak or move. He communicates, she says, by looking up or down for “no” or “yes” but can’t blink. Nick’s blood pressure “is all over the place,” she says, and has been hard to get under control. She says he’s been treated with a super version steroid much stronger than dexamethasone, which has been in the news this week.

Kloots says she’s told her husband about his leg amputation and “they’re doing amazing things with prosthetics, and that’s it.” Her communication with him is over Face Time, which is set up by the nurses at Cedars Sinai. Kloots says she’s told him about people “he doesn’t even know” singing his song “Live Your Life” all over the world. She’s shown him pictures of their 1 year old son, Elvis.

At one point, Nick’s family was summoned from Canada because Kloots says they were told he wasn’t going to make it. Cordero’s mother is still there with her in a house “lent to them by a friend.” She doesn’t mention that the house belongs to actor Zach Braff, who starred with Cordero on Broadway in “Bullets Over Broadway.”

The house must be pretty packed since Kloots’ family is also living there. And that can’t be easy. Kloots’s mother Tweeted screeds against Hillary Clinton and Barack Obama back in 2015-2016. She’s not a wallflower when it comes to politics, which wouldn’t go over that well in Laurel Canyon.

Amanda Kloots keeps her hopes up, which is admirable. She needs a miracle. Everyone everywhere hopes she gets one, and soon.