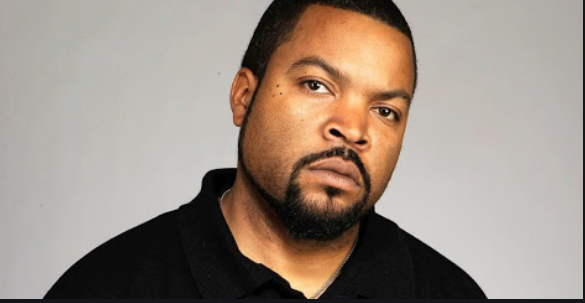 Back in 1991, rapper Ice Cube aka O’Shea Jackson released a song with anti-Semitic lyrics called “No Vaseline.” This was before the internet, and although there were articles written about it, Jackson went on to have successes unimpeded.

Three days ago, Jackson Tweeted out the most anti-Semitic message I’ve ever seen by a celebrity who’s supposed to be mainstream. The Tweet featured a horrific painting of what looks like Jewish men — depicted by their big noses — playing Monopoly. The game board is supported by dozens of bald, naked black men, i.e. slaves. There’s a wad of cash thrown into the middle of the board.

The painting is credited to “Anonews.” A message is emblazoned above and below the painting: “All we have to do is stand and their little game is over.” Ice Cube himself has written as his Tweet message, in capital letters: “FUCK THE NEW NORMAL UNTIL THEY FIX THE OLD NORMAL!”

I’ve reported the Tweet to Twitter and sent Jack Dorsey a message asking him to ban Jackson.

This kind of message is as damning as anything sent out by any other kind of racist. This is racism at its purest level, and it’s hate. It furthers memes about Jews that are disgusting and untrue, and does nothing but cause deeper schisms. But it’s consistent with Jackson’s views, ones that obviously haven’t changed since he wrote “No Vaseline” thirty years ago. As far I’m concerned, Jackson should have been “cancelled” when that song was released.

I’m reproducing the Tweet here because I want everyone to see what this guy did.

This is completely unacceptable. 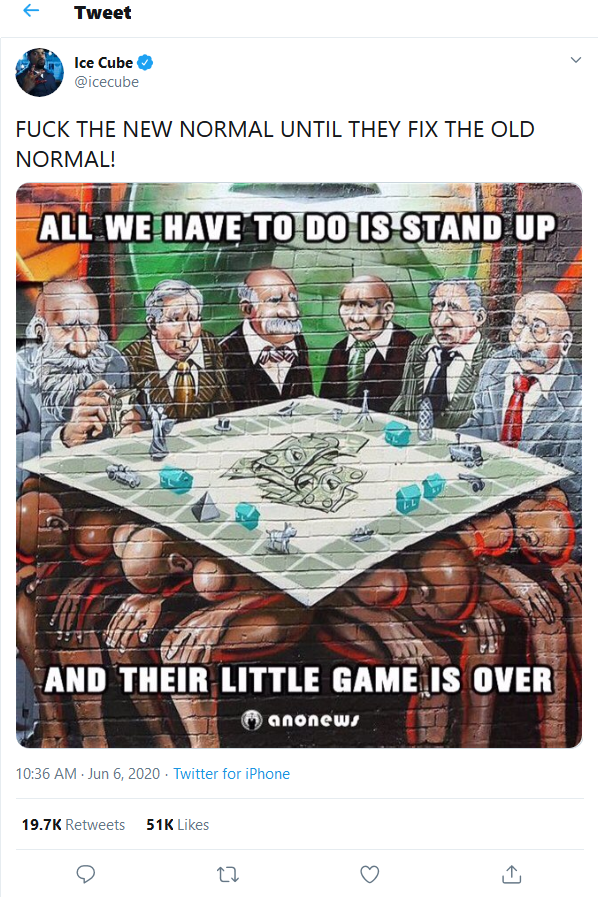