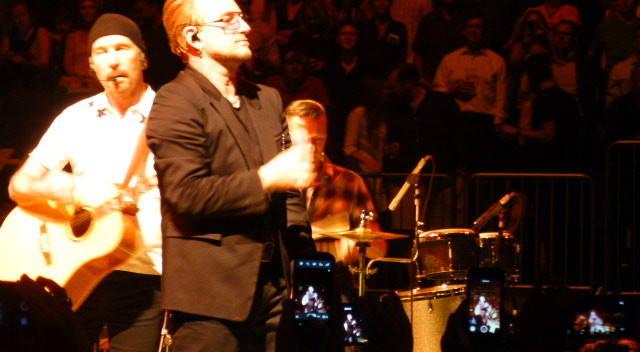 I’m not sure how this came together or why, but Bono debuted an all star cover of U2’s “Beautiful Day” on the Obamas’ virtual graduation day ceremony. It’s all young people except for Chris Martin, who’s nonetheless enjoyable. But the one person who really shines, besides Khalid, is Cynthia Erivo. Watch her.

The song is preceded by a spoken introduction from Bono. He says, “As an Irishman, I’ve always believed that America is not just a country, it’s an idea, it’s a dream that belongs to the whole world,” he explained. “Now I know in recent times the world has been reminded that America is an idea that doesn’t even belong to a lot of Americans, and that for many black Americans, Lady Liberty’s torch is far from a beacon of hope, it’s often a flashlight in the face.”

What I got out of this that Finneas, Billie Eilish’s producer brother, likes spare recordings. This is just about a cappella. Instrumentation might have been interesting. Also, the song really holds up. It’s a real song. Note to the 25 people who are cramming their names onto a credit right now for some pop singer.