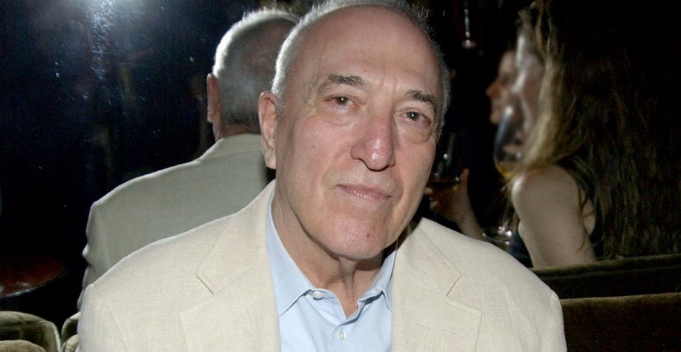 Bruce Jay Friedman passed away today. He was 90 years old, and one of our greatest writers. There are many tributes to Bruce, particularly because of his movie connections. He was nominated for an Oscar for the screenplay to Ron Howard’s “Splash” with Tom Hanks and Darryl Hannah.

A short story of his was the basis for one of my all time favorite films, “The Heartbreak Kid,” adapted for the screen by Neil Simon and directed by Elaine May. He wrote “Stir Crazy,” a great movie directed by no less than Sidney Poitier, starring Richard Pyror and Gene Wilder.

Bruce co-wrote “Doctor Detroit,” a comedy hit starring Dan Aykroyd. His book, “The Lonely Guy’s Guide to Life,” was turned into a movie called “The Lonely Guy,” starring Steve Martin and get this– Neil Simon adapted the screenplay, then “Mary Tyler Moore” stars Ed. Weinberger and Stan Daniels fleshed it out.

I mean, that’s a career. Is there any wonder Elaine Kaufman loved him among her many writers who hung out at Elaine’s? Bruce was gold. I wasn’t related to him, but I admired him, and when I met him in the late 80s I didn’t want to talk about any of those credits. All I wanted to talk about was “Steambath.”

“Steambath” was an off Broadway play that was filmed for PBS and shown in May 1973. I was 16.  It took place in a steambath, and all I was interested in was that Valerie Perrine was naked. I mean, she showed a nipple, sideways. We didn’t have VCRs yet. You had to study TVGuide to see when it would be repeated. As far as I was concerned, Bruce was a hero, he was Shakespeare, and “Steambath” was the best play I’d ever see.

Interestingly, I just see now that one of the producers of “Steambath” was actor Norman Lloyd. He’s one hundred and five years old. I’ll bet the memory of it keeps him alive.

Bruce’s memoir’s “Lucky Bruce,” was published in 2011. There’s a lot about Elaine’s in the heyday. I know she loved Bruce, but he writes in the book– published after her death– that he was really eleventh among her favorite patrons “if for no other reason than the frequency of my appearances. (Over years, and with the thinning out of ranks, I may have moved up a few notches.)” In the next generation, I felt the same way. Bruce, we weren’t related, but I always felt we were. Rest in peace.