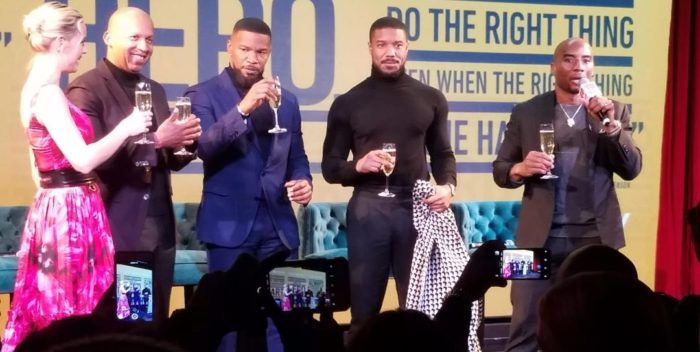 “Just Mercy” should have been an Oscar nominee, as well as its actors, but Warner Bros. put all its efforts into “Joker.”

Now Destin Daniel Cretton’s excellent film about civil rights lawyer Bryan Stevenson is FREE on all streaming platforms for the month of June. Jamie Foxx and Michael B. Jordan star. Brie Larson appeared in a secondary role as a gift to the filmmaker. “Just Mercy” is a story of triumph as Foxx’s Walter McMillian is arrested and convicted of a crime he didn’t commit. You don’t want to miss this film. Foxx will bring tears to your eyes. Tim Blake Nelson is amazing playing a terrible character. Rob Morgan shines.

We believe in the power of story. #JustMercy is one resource we can offer to those who are interested in learning more about the systemic racism that plagues our society. For the month of June, #JustMercy will be available to rent for free on digital platforms in the US. @eji_org pic.twitter.com/3B2IHMNk7E