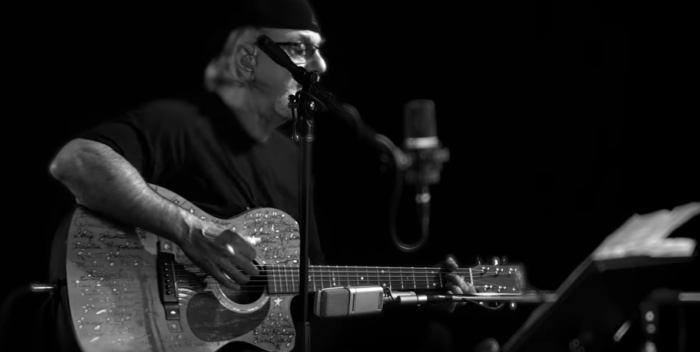 Everyone remembers Dion DiMucci for “The Wanderer” or “Runaround Sue.” That was Dion and the Belmonts, and those were classics. They sound better than ever today.

But we forget Dion was much more than those top 40 hits. In August 1968 he released “Abraham, Martin, and John” at a critical moment in civil unrest in this country, after the assassinations of Martin Luther King and Robert Kennedy.

Dion has never gone away. He has SIX new singles out this week from an album coming out Friday called “Blues with Friends.” The first single, “Song for Sam Cooke (Here in America)” is coincidentally very timely. I love this song. Dion says in an interview with Paul Zollo for American Songwriter: “At first, I just had the melody and the refrain ‘Here in America.’ A friend suggested I use an episode from my memoir about walking southern streets with Sam Cooke in 1962. It’s a good story, a true story. We were in the South together. And he stood up for me. He was a good guy. I miss him.”

He finished the song, he said, but put it aside, thinking it was too personal for other people to get. He put it in his drawer, where it remained, unsung and unrecorded, for years.

“Then in 2019,’ Dion said, “I saw the movie Green Book and after that, I couldn’t shake the song. I thought, `Hey, they almost wrote a movie about my song.’ I loved the movie so much that I thought I’d better take that song out to see it if works. And it did. It actually did.”

More from this album to come this week. In the meantime, here’s Dion. He looks pretty good, doesn’t he? Dion turns 80 in July. God bless.

And just in case you don’t know it, here’s “Abraham, Martin, and John”