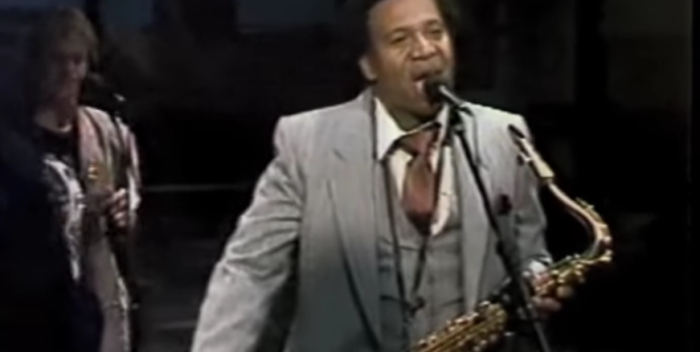 Tonight while I was listening to Junior Walker on SiriusXM Soul Town, I thought maybe people don’t know much about him anymore. So here’s a little tribute to one of  Motown’s unsung stars.

Jr. Walker and the All Stars were not quite as big as the Temptations or Four Tops, but just as talented. And Junior himself was a double threat. He was a very good R&B singer, but a superstar saxophonist. And that sax was the trademark on his many hits.

Sadly, Junior passed in 1995 at age 64. He didn’t live long enough to have a Renaissance or a great period of nostalgic reflection. But if you stop and listen to those records– so many hits– his accomplishments were extraordinary. They were also incredibly enjoyable.

Walker was born Autry DeWalt Mixon Jr. on June 14, 1931 in Blytheville, Arkansas, and grew up in South Bend, Indiana. He began playing saxophone while in high school. He kicked around Indiana with different bands until he was discovered by Johnny Bristol and Harvey Fuqua, two of the famous Motown lieutenants. He and his “All-Stars” took off immediately with “Shotgun.” To me their signature hit is “What Does It Take (to Win Your Love for Me)” but I noticed on Spotify that it’s not streamed much. Crazy.

Something you may not know. That’s Junior Walker wailing away on his sax featured on Foreigner’s smash hit, “Urgent.” (That blistering solo still gives chills.) And Junior was featured with Sam Moore as “the Swanky Modes” in Bill Fishman’s cult comedy comedy, “Tapeheads.”