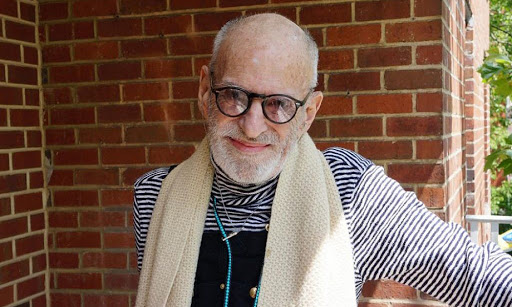 Larry Kramer, the most ferocious AIDS activist in history, and playwright author of “The Normal Heart,” has died at age 84. The cause of death was pneumonia. He lived 30+ years beyond most of his peers, incredibly, because he was a standard bearer and had to be here.

In a strange twist of events, we knew his mother, Rhea, who was just like him– articulate, smart, activist. She and my grandmother became very friendly in assisted living in the 90s. They were each in their 90s! She was incredibly proud of both her sons, Larry and Arthur, a lawyer who also represented Larry and is portrayed in his work.

Larry wrote a play about her called “The Destiny of Me,” and we all went to see it– Rhea, too– at the Lucille Lortel Theater. I have a feeling they are reunited and fighting–in a good way–in heaven, also with Arthur, who predeceased him years ago. Quite a family. They are all missed.