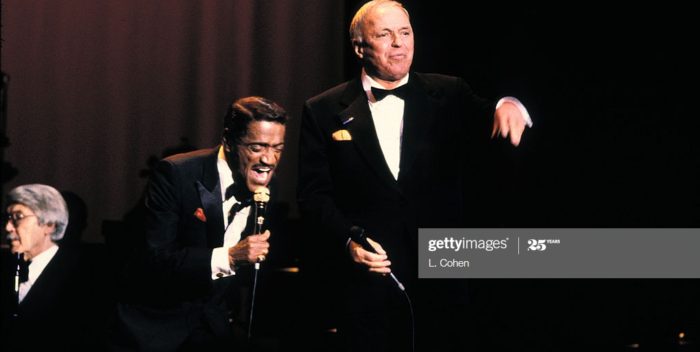 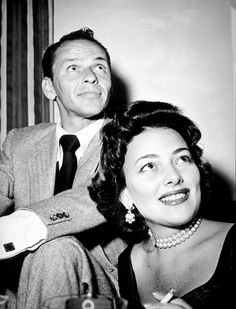 EXCLUSIVE Cindy Lou Bayes (Sigman) grew up in Beverly Hills, CA. While still a teenager, she was named Miss Stardust of 1948. The contest had over 28,000 entries, and she was chosen by a distinguished panel of judges that included “Star Dust” songwriter Hoagy Carmichael. She was offered movie contracts by Columbia Pictures president Harry Cohn and others, according to her son, Michael, now 70. She died this week after a decade of fighting Alzheimer’s. She was 89.

Cindy’s uncle was Mack Miller, one of Frank Sinatra’s publicists, which may be how she met him. But by the late ’40s Cindy, who modeled, became fast friends with Sinatra and in time with Sammy Davis Jr., comedian Jack Carter, Mel Torme, Judy Garland and a host of celebrities. Before there was a Rat Pack, there was Cindy, dating the guys, partying with them, hanging with them. For a moment in 1950, she gave up the high life, married Leonard Bitterman, and had a baby. But the pull of Hollywood — and Sinatra — was too much for her. In short order she got a divorce, parked young Michael with her parents in Merrick, Long Island, and went back to the nightlife.

Author Wil Haygood puts Cindy with Sammy Davis Jr. the night he lost his eye in a 1954 car accident. Haygood writes in his Davis biography that it was Cindy who made Sinatra take Sammy to Palm Springs to recuperate. Kitty Kelley, one of Sinatra’s erstwhile biographers, mentions Cindy in her book, “His Way.” Sinatra is hearing Mel Torme sing in December 1954 at the Crescendo in Hollywood with a pregnant Judy Garland as a guest plus Cindy and a Texas oilman.

One reason Sinatra liked Cindy: “She reminded him of Ava Gardner,” Michael says. But by 1956, Cindy married Jack Sobel, who was, among other things, Lenny Bruce’s manager. He was also head of head of General Artists Corp, rival agency then to William Morris. Still, she was in regular contact with Frank and Sammy. Before she married Sobel, she even dated comedian Jack Carter. Cindy was never far from the center of the action in the entertainment world. The Sobel marriage didn’t last more than couple of years. When it was over, she returned to the father of her son, Mr. Bitterman. She and Bitterman had one more child, a girl, now deceased. By the early 1960s the door to Cindy’s showbiz life was closed for good. . 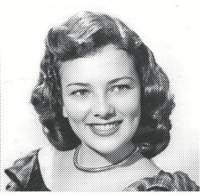 Or so it seemed. Michael Bitterman says he only learned later, around 15 years ago before his mother’s mind was affected by the Alzheimers, that she’d continued seeing Sinatra at least through the 1970s. “Barbara Marx, Sinatra’s wife, hated her,” Michael tells me. (Sinatra married Marx in 1976.) That didn’t stop Sinatra from giving Cindy presents. “I have a locket he gave my mother that’s inscribed “Come chase away the lonelies with me.” In the early days, Sinatra had a Bosendorfer grand piano delivered to Cindy’s parents house as a gift (cost was upwards of $100,000). “My grandfather made her send it back,” Michael says. “He said, We’re not taking gifts from that hooligan.” Michael adds: “My grandmother loved him.”

Sinatra, Cindy told her son, wanted to marry her. Why didn’t she? I asked. He was famously unmarried from the time Ava Gardner left him in 1957 until Sinatra hooked up with Mia Farrow in 1966. (In the intervening 9 years, he was engaged to Lauren Bacall and to Juliet Prowse.) “She said he was a manic depressive, and you can’t live with a manic depressive.” Cindy had a lot of violent scenes with Sinatra, he said, both public and private. They always ended with him sending her massive amounts of flowers.

A real friendship — a platonic one– Cindy had seemed to have been with Sammy Davis, Jr. Michael wrote in her obit, “She played the role of blunt-talking sister to Sammy. She took him around to Atlantic City in the early 50s and got the DJs to play his records.” Michael recalls, “She took me to see Sammy in “Mr. Wonderful” on Broadway and I met him backstage.” Michael was 6 and little idea who any of his mom’s were, and why they were important.

It’s too bad Cindy Bitterman wasn’t more forthcoming before became ill. She reminds me a little of the writer Joyce Johnson, who wrote about her relationships with Jack Kerouac and other beat poets in her great memoir, “Minor Characters.” Cindy Bitterman was a great minor character, a witness to history. And she didn’t completely give up showbiz. In 1994, her son says, Cindy became a trusted friend and mentor of the acclaimed jazz singer Mark Murphy; she co-produced several of his recording projects and performances.