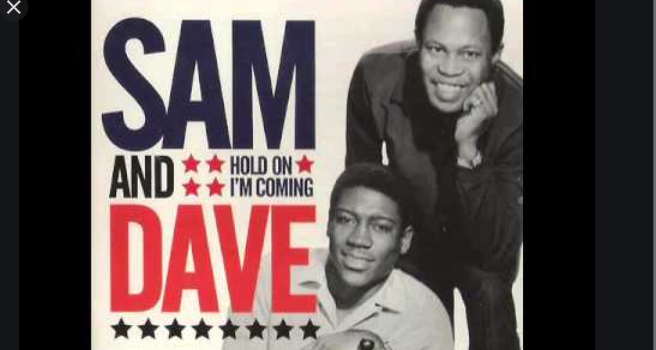 Wal Mart is blanketing our airwaves with a great commercial dedicated to health care workers and first responders. There’s an unmistakable song playing through the commercial, Sam & Dave’s classic 1966 hit “Hold On I’m Coming.” Sam Moore’s lush voice is prominent, with the late Dave Prater underscoring harmony. Those lyrics by Isaac Hayes and David Porter are reassuring everyone during tough times:

The horns you hear were played by Wayne Jackson, Charles “Packy” Axton, and Don Nix, aka the Mar-Key horns from Stax Records. It’s a signature sound for Sam & Dave that can be heard on all their great hits.

The song is even more poignant today. Sam’s daughter, Joanne Schmidt, is graduating this morning from Yale University’s Doctor of Nursing program. Many congrats on an amazing accomplishment! It wasn’t easy. Joanne is a single mom whose son, Jaelin Taylor, is a recent college grad and budding actor and filmmaker. (Also, PS, one of Joanne’s dozen other grads in the program is coincidentally named Steven Tyler!)