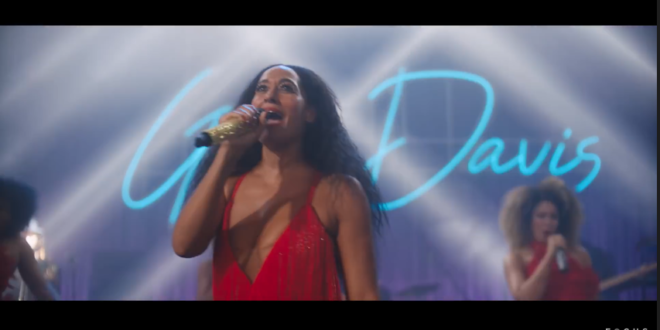 Wow! I am so proud of Tracee Ellis Ross. She’s been a TV star for a long time, and a damn good actress on the small screen. But in “The High Note,” coming on May 29th, she plays a star diva who fans love for her greatest hits, but she wants more. Tracee SINGS several songs in the movie including “Love Myself,” and she’s great. She did all her own singing, which must be terrifying since her mother is Diana Ross.

Tracee’s sister Rhonda Kendrick Ross has had a singing career for years, but Tracee never attempted it in public. It turns out, she’s terrific. I hope radio stations will give this track and a couple of others from the movie a spin even though they’re not sung in little girl whispers by an 18 year old.

I have seen this movie but there’s an embargo on reviews until May 25th. I’m not allowed to say I like it yet. But I will soon! Bravo!