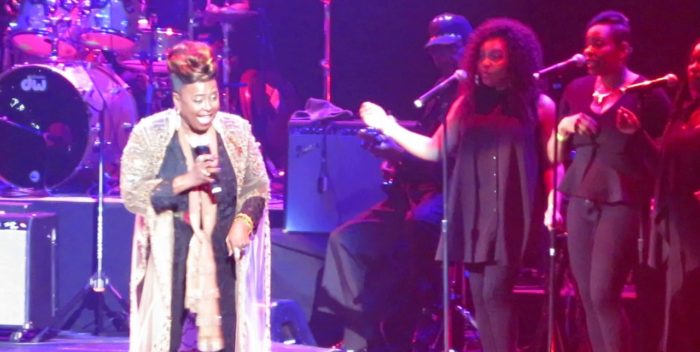 Betty Wright, the great soul singer, writer, and producer has died at age 66. She was a star of Jerry Wexler and Tom Dowd’s Atlantic Records, hitting it big in 1971 with “Clean Up Woman.” She won a Grammy three years later for Best R&B song for “Where is the Love.” Her “Secretary” takes dictation on a regular rotation on Sirius XM’s Soul Town.

Born Bessie Regina Norris in December 1953, she was a star at 18. When I met her in the 90s, I was astonished to see how young she was– a decade or more younger than Aretha, Sam Moore, etc. She was a smiler, too. She had a big, wide smile and was a kind of positive person who loved music and all the people around her. It was infectious because when Wexler, who produced her big hits talked about her he always smiled, too.

Sam Moore wrote on Facebook: “Loved her ever since she was a little girl standing on a soda pop crate telling me “When I grow up I want to sing like you Uncle Bubba” and sing she could and sing she did!”

Betty was from Miami, where she discovered the great George McRae (“Rock Your Baby”) and his then wife Gwen (“Rocking Chair”). She was closely associated with Henry Stone’s famous TK Records, where she worked with Harry Wayne Casey and Richard Finch, aka KC and the Sunshine Band.

After her big run in the 70s, Betty also turned to writing and producing. She discovered lots of other R&B artists. But her best known extra-curricular work was with UK blue eyed soul star Joss Stone. She was nominated for a 2005 Grammy Award in the “Best Pop Album” category for producing Joss Stone’s album “Mind Body & Soul.” She co-wrote quite a bit of the album. It led her to own comeback album in 2011, “Betty Wright: The Movie.”

Steve Greenberg of SCurve Records, who worked with her on Joss Stone and her own music, Tweeted: “I am devastated by the loss of the great Betty Wright to cancer. She was such an important person in my life, as a collaborator, a mentor and a friend. She was one of a kind.”

Betty’s death at 66 from cancer is really tragic. She would have done so much more. She will really be missed by her fans and friends. Condolences to her family.

PS Trivia: Jerry Wexler told us once that the instrumental break in “Clean Up Woman” (which wasn’t written by Betty) was lifted from “Soul Man.” “We didn’t have a middle and we needed something,” Jerry said. These days it would be called an “interpolation.” (Isaac Hayes, he said, approved.)