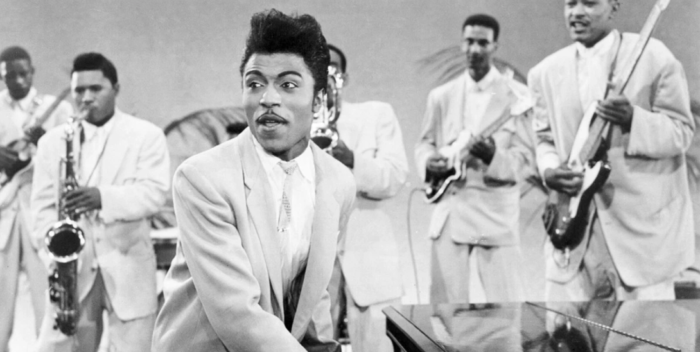 The real King is dead. Little Richard, born Richard Penniman, has died at age 87. Don’t be fooled by anyone else: he invented rock and roll with Chuck Berry, Bo Diddley, Fats Domino, and Jerry Lee Lewis. There is only one Little Richard, he was so unique that the Beatles literally created themselves in his image. He’d been living in a penthouse suite at the Nashville Hilton for the last decade or more.

I was lucky enough to see Richard perform twice. I was at his last show ever at the Apollo (June 2006). He had to be ferried out to the stage, but when he sat down his fingers found the keys and he was off in a blaze of glory. The other time was earlier, at Lou Rawls’s famous funeral in Los Angeles, where families were fighting, it was a scene. Into the middle of this, Richard came swanning in and took over. It was surreal.

Richard’s songs — “Long Tall Sally,” “Tutti Frutti,” “Slippin’ and Sliding” and dozens more are part of the foundation of rock and roll. It’s what everyone built on. Paul McCartney, Elton John, Billy Joel and so many stars who could play a piano, and then turn it into vehicle, worshiped at his feet. It was the music and the showmanship. And the yell. Good Golly miss Molly.

He’s in every Hall of Fame, and remembered for history on video. Grammy Awards? Who cares? He IS the Grammy Award. PS Many people don’t realize this but Billy Preston, the “Fifth Beatle,” joined Richard’s band as a kid after recognizing Billy’s genius at 15. That’s how Billy met the Beatles when Richard took with him to Hamburg in 1962. The Beatles were Little Richard’s opening act.