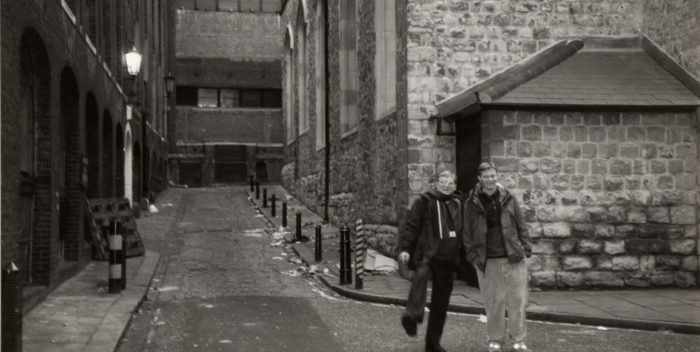 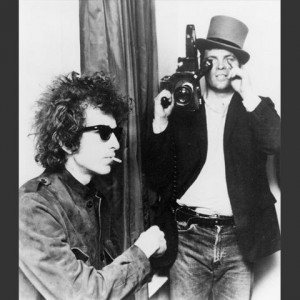 Yes, yes, today is the 50th anniversary of the Beatles’ “Let it Be.” But something else happened of even greater importance 55 years ago on May 8, 1965.

In the alley behind London’s Savoy Hotel, director DA Pennebaker shot what would turn out to be the most influential music video of all time, Bob Dylan’s “Subterranean Homesick Blues.” Pennebaker was following Dylan around on his 1965 UK tour, making the documentary that would become “Dont Look Back,” still the greatest music doc of all time. Dylan was traveling with Joan Baez and with folk singer Donovan. There were other famous names in their party, including the Beat poet Allan Ginsberg and producer Bob Neuwirth.

The single had been released in March and was already a hit with the opening lines “Johnny’s in the basement/mixing up the medicine.” Dylan wanted to have a video clip that could be played for promotion. Pennebaker’s widow, filmmaker Chris Hegedus, recalls that the filmmaker “had seen something on the British music show Ready Steady Go using cards.” The plan was hatched. Donovan, Pennebaker said, was particularly good at making the cards.

“They carried the cards all over London. They were going to shoot on a rooftop, but it was too windy. They tried a park, that didn’t work. They settled on the alley behind the Savoy Hotel.” (You can see the failed attempts below.)

Ginsberg and Neuwirth can be seen in the video, which only lasts 2 minutes and 19 seconds. They’re having a conversation off to the side, seemingly oblivious to what Dylan is doing tossing the cards on the ground. At the end they just walk away in different directions.

Hegedus recalls, “When Penny was editing “Dont Look Back” he needed something to open with. And that was it.”

This short film has become the most influential, parodied, satirized, and copied music video of all time. Hegedus says she and Pennebaker even referred to in two of their own films. Among the places odes to Pennebaker’s work have turned up are in Tim Robbins’ “Bob Roberts,” and in “Love Actually.”

A few years ago, on a trip to London, Chris took the photo you see here of Penny and their son, Kit, who’s also a filmmaker, back in the Savoy alley. “It hadn’t changed much in 50 years,” Chris says with a laugh.

Pennebaker passed away last summer at the age of 94. In 2013, he received a Lifetime Achievement Award from the Motion Picture Academy, the first documentary filmmaker ever to receive it.

Here’s an unused version of the video. On the side, Neuwirth is talking with Dylan’s producer, Tom Wilson, who’s wearing a fez and looking cool. Wilson’s other towering credits included Simon & Garfunkel and the Velvet Underground.

Johnny’s in the basement
Mixing up the medicine
I’m on the pavement
Thinking about the government
The man in the trench coat
Badge out, laid off
Says he’s got a bad cough
Wants to get it paid off
Look out kid
It’s somethin’ you did
God knows when
But you’re doing it again
You better duck down the alley way
Lookin’ for a new friend
A man in the coonskin cap, in the pig pen
Wants eleven dollar bills, you only got ten
Maggie comes fleet foot
Face full of black soot
Talkin’ that the heat put
Plants in the bed but
The phone’s tapped anyway
Maggie says that many say
They must bust in early May
Orders from the D.A. Look out kid
Don’t matter what you did
Walk on your tip toes
Don’t tie no bows
Better stay away from those
That carry around a fire hose
Keep a clean nose
Watch the…